'All Hearts' For Deepika Padukone And Ranbir Kapoor's New Ad, Says The Internet 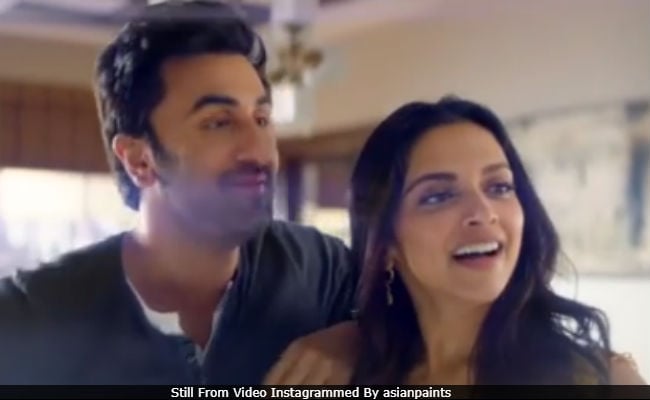 Deepika Padukone and Ranbir Kapoor in a still from the commercial (Image courtesy: Instagram)

Deepika Padukone and Ranbir Kapoor are burning up the trends list with a commercial they have shot for Asian Paints. The advertisement was released on Wednesday by the brand on their official Instagram account and the Internet just loved it and so did we. It features Deepika and Ranbir as friends and their rapport is on point. "All hearts" and "so cute" are some of the comments on the post, which has also been shared by widely on the Internet. Deepika looks lovely in a yellow flared dress, which has accessorised with a leather belt while Ranbir is dapper in a blue T-shirt and denims. Take a look at the commercial here.

Your friends care for you, even when you do not realize it! As Ranbir decides to get his house painted, we bring out the way Deepika cares for him. Presenting Asian Paints Royale Health Shield: The Anti-Bacterial Paint which Kills 99%* bacteria on walls and is the first paint in India with Indian Medical Association recommended Silver Ion Technology. #PaintThatCares . . *Fomite infections can spread through infected walls among other indoor surfaces in homes and offices. Silver ion technology based paint kills 99% bacteria when they come in contact with the walls. #AsianPaints #PaintThatCares #RoyaleHealthShield #IndianMedicalAssociation #HealthShieldPaint #Paints #DeepikaPadukone #RanbirKapoor#Paint #HomeDecor #HousePainting #SilverIonTechnology #AntiBacterial #FriendshipGoals #HealthyLiving #DeepikaRanbir #RanbirDeepika

Deepika too shared these BTS photos. 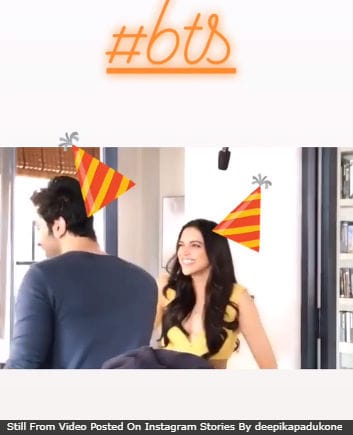 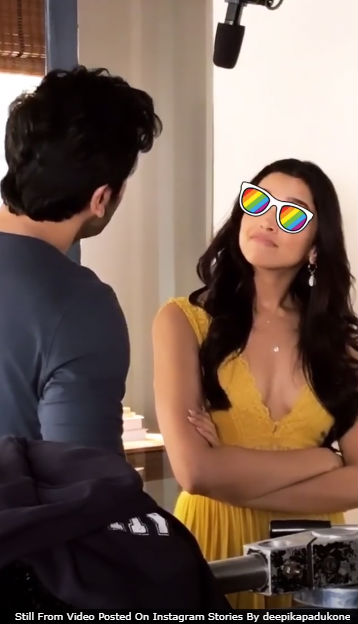 Deepika and Ranbir broke-up in 2009. They reportedly started dating while shooting for 2008's Bachna Ae Haseeno, their first film together. After their break-up, they signed up for Ayan Mukerji's Yeh Jawaani Hai Deewani (2013) and two years later, they were seen Tamasha, directed by Imtiaz Ali.

Recently, Deepika, who is married to Ranveer Singh, spoke about Ranbir twice on two different shows. On Koffee With Karan 6, Deepika told the show's host Karan Johar that there's "no awkwardness between her and Ranbir" and on Famously Filmfare, when the actress was asked if she's spoken to the Sanju star about missing her wedding reception, she said, "We've not spoken. I mean, we spoke before the reception but we have not spoken after. But, that's him. I'm not surprised at all," Pinkvilla reported.

Ranbir Kapoor is currently rumoured to be dating Alia Bhatt, his Brahmastra co-star.