Deepika Padukone And Ranbir Kapoor Are Teaming Up Again: Report 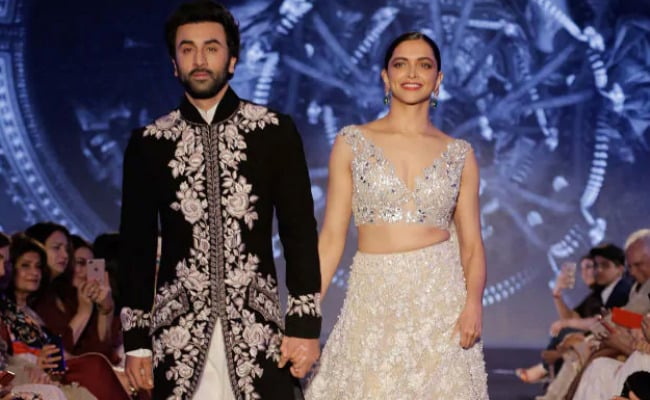 There's some great news for fans who admire Deepika Padukone and Ranbir Kapoor on screen. Deepika and Ranbir, who are exes, are reportedly collaborating for a new project, stated a report in Pinkvilla. As per the report, the duo have teamed up for a brand shoot and will soon be seen working together. While no new pictures of Deepika and Ranbir have made it to social media yet, it was reported that they were to begin shooting on Tuesday. Ranbir Kapoor and Deepika Padukone reportedly started dating during the shooting of Bachna Ae Haseeno and parted ways sometime in 2009 after dating for over a year.

After their break-up, Deepika and Ranbir starred opposite each other in Ayan Mukerji's 2013 film Yeh Jawaani Hai Deewani and then later in 2015's Tamasha. Last year, Deepika Padukone and Ranbir Kapoor also walked the ramp as showstoppers for Manish Malhotra for the annual Mijwan fashion extravaganza.

Ranbir Kapoor and Deepika Padukone trended a great deal sometime in December for Deepika's reaction to Ranbir not attending her wedding reception. "We've not spoken. I mean, we spoke before the reception but we have not spoken after. But, that's him. I'm not surprised at all," she had told Pinkvilla in an interview. In the debut episode of Koffee With Karan 6, Deepika had told Karan Johar that there's no awkwardness between the two. Ranbir is currently said to be dating Alia Bhatt. Deepika Padukone married Ranveer Singh in November last year after dating for six years.

On the work front, Ranbir Kapoor has films such as Brahmastra and Shamshera in the pipeline. Deepika Padukone has Chhaapak in the line-up, in which she plays the role of acid attack survivor Laxmi Agarwal.