"Ranbir, Alia, Ranveer and Deepika will be doing various concerts across the United States," a source revealed 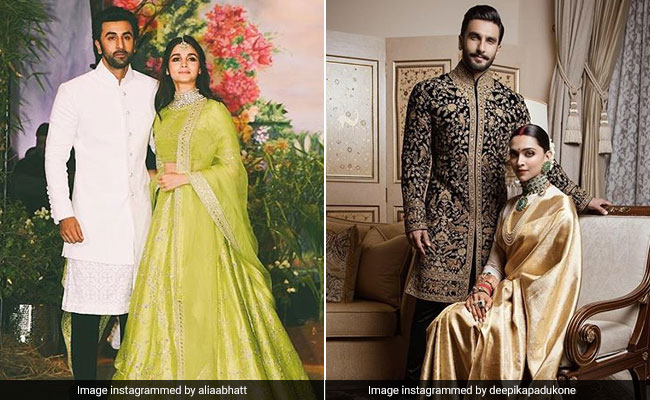 Actors Ranveer Singh, his wife Deepika Padukone, Alia Bhatt and Ranbir Kapoor are reportedly collaborating for a world tour, as part of which they will make pit-stops across the US, stated a Filmfare report. They will reportedly be performing to some of their hit songs during the tour. A source close to the development told Filmfare: "Ranbir, Alia, Ranveer and Deepika will be doing various concerts across the United States where they will be performing on their hit numbers. It's for the first time such a thing is happening and they found it the perfect way to connect with their fans globally." If the reports are to be believed, how excited do you think fans are about seeing them performing together?

In case you are wondering when this tour is scheduled to take place, here's what the Filmfare report states. Looks like fans will have to wait a little longer as the tour will reportedly take place next year because by that time, the stars will be done shooting for their individual projects, the source told Filmfare.

On the work front, Deepika Padukone just wrapped the shooting of her next film Chhapaak while Ranveer Singh is busy shooting '83, in which he will be portraying the role of legendary cricketer Kapil Dev.

Meanwhile, Ranbir and Alia are currently busy with Brahmastra, which marks their first film together. Alia and Ranbir are not just co-stars but they are also reported to be dating. Deepika Padukone has also dated Ranbir Kapoor for a brief while in the past. Deepika and Ranveer Singh got married in December last year.

Ranbir Kapoor, Alia Bhatt, Deepika Padukone and Ranveer Singh hung out at Bollywood award shows recently. Ranveer and Ranbir were spotted dancing together at the Filmfare Awards after-party. In the video shared by Karan Johar, the duo could be seen grooving to Kalank's song First Class Hain. In a separate video shared by Varun Dhawan, Deepika, Ranveer and Vicky Kaushal could be seen breaking into the signature steps of First Class Hain. The one laughing out loud in the video appears to be Alia Bhatt, who co-stars with Varun in Kalank.

Here are the videos we are talking about:

Brahmastra is slated to release next year.

Alia Bhatt And Ranveer Singh To Co-Star In Sanjay Leela Bhansali's Next: Report