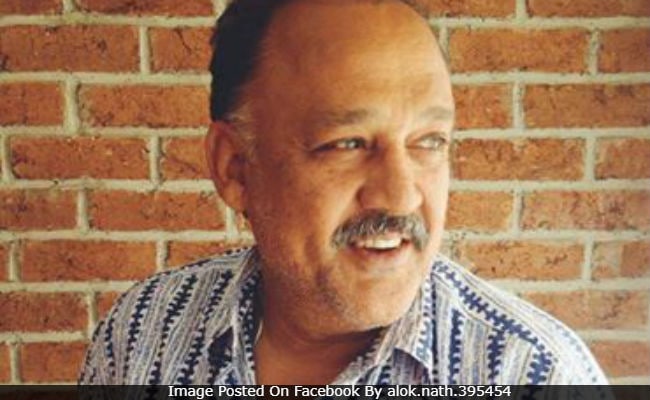 A decision in Alok Nath's case would happen within a week's time (Image courtesy: Facebook)

Indian Film & Television Directors' Association (IFTDA), along with its mother body, Federation of Western India Cine Employees (FWICE) said they will take a decision regarding the sexual harassment charges made against Sajid Khan and Alok Nath within a week. "We cannot handle the case as both Tanushree Dutta and Nana Patekar are a member of CINTAA. One of the parties should be our member. We have cases of Sajid Khan and Vinta Nanda and we have taken their cases."

"As far as Sajid's case is concerned we have heard both the parties, Sajid and the girls. ICC will sit in a week's time and take a call on the judgment and the federation will be there, along with the lawyers," Ashoke Pandit, President of IFTDA, told PTI.

He further said that a decision in case of Alok Nath too would happen within a week's time.

"We heard Vinta day before yesterday, ICC heard her. Alok Nath has not come, we have informed him thrice. His lawyer has sent a letter saying, he will not attend. If he wants to, he will attend the office bearer meeting of IFTDA, which is not possible. ICC will take a call, both the decisions will be made within a week," Pandit said.

Pandit said both FWICE and IFTDA are aggressively working towards in building an atmosphere in the industry which is clean and workable.

"We are creating awareness and that arrogance of power will not be allowed. We have women in lot of departments, not just acting. We are entering into mass media and education institutions that are related to our industry. We want to make next generation aware about these things."

"The workplace has to be safe, formal, and dignified. We know the mission will take time," he added.