Beware of these Darlings 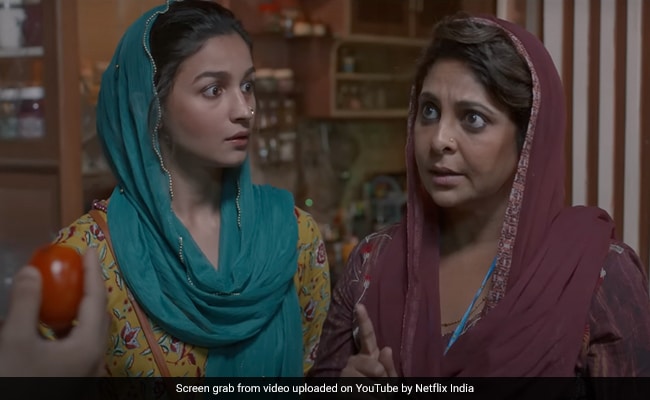 The Darlings trailer released on Monday and it is a perfect amalgamation of dark humour and just the right amount of thrill to keep one hooked. The trailer begins with Hamza Shaikh (played by Vijay Varma) declaring that he has decided to leave his wife Badrunissa (Alia Bhatt). And thus begins a dark albeit fun journey. Badrunissa and her mother (played by Shefali Shah) decide to file a complaint in order to find Hamza. Another clip shows Hamza abusing his wife. So Badrunissa decides to treat Hamza just the way he treats her, which is anything but kind. "Enough defense, I will play offence now," Badrunissa says and she sticks by that motto. She hides her husband in the house and with more than a little help from her mom Badrunissa decides to teach Hamza a lesson. Simply put, these Darlings are not the kindest.

Sharing the trailer on social media, Alia Bhatt wrote: "My first film as a producer! So excited nervous thrilled emotional to share it with you! Darlings trailer put now."

Check out the trailer of Darlings:

Ahead of the trailer launch, Alia Bhatt shared these stunning pictures of herself and she wrote: "It's Darlings day. Trailer out very very very soooooooons."