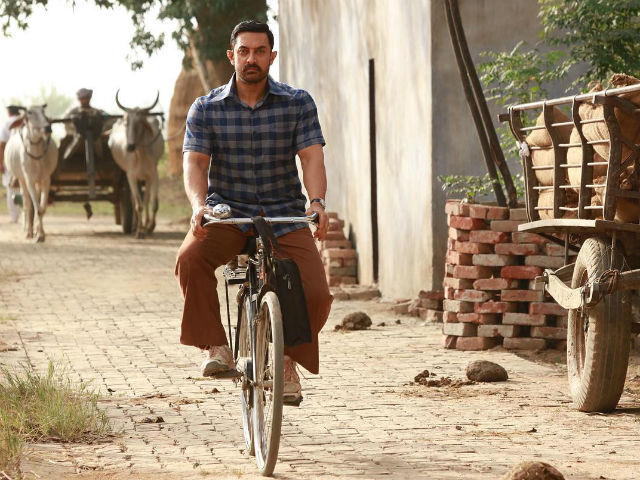 New Delhi: Aamir Khan's sports biopic Dangal, which released on December 23 continues to rule the box office. Breaking all records, the film has so far collected Rs 385 crore. Aamir, who features as a Haryani wrestler Mahavir Singh Phogat said that he is "touched and humbled" by Dangal's success. "I am touched and humbled by the warmth and love that our film has got. The reaction to Dangal has been very moving," news agency IANS quoted Aamir as saying. Directed by Nitesh Tiwari, Dangal collected Rs 1.19 crore in its sixth weekend, thus taking its cumulative total to Rs 385.06 crore.

"As a creative person, I am infused with enthusiasm and encouragement! This kind of support and love gives me so much strength to always follow my creative instincts," Aamir, 51,told IANS.

Dangal holds the record for highest single day earnings. It surpassed PK's collection of Rs 340 crore at the box office. PK featured Aamir Khan and Anushka Sharma in the lead. The film released in December 2014.

Promoted
Listen to the latest songs, only on JioSaavn.com
Aamir Khan will now begin shooting for Thugs Of Hindostan, co-starring Amitabh Bachchan. He is also producing Secret Superstar, featuring Zaira Wasim, who plays the younger version of Geeta Phogat in Dangal.