Dangal Box Office Report: Aamir Khan, When Will You Stop? Over 385 Crore And Still Counting 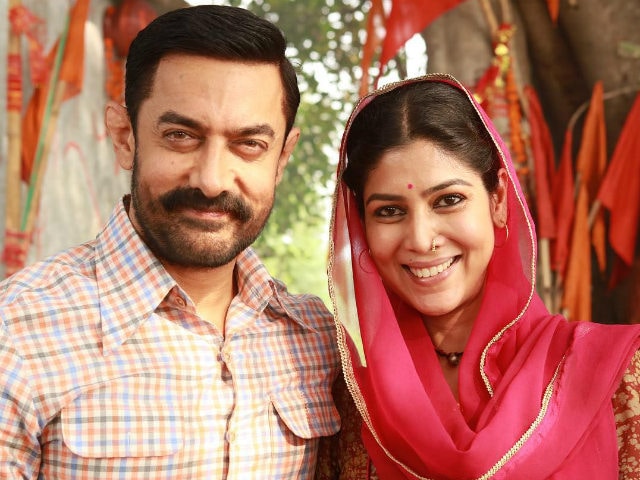 Dangal Box Office Report: Aamir Khan in a still from the film

New Delhi: Aamir Khan's film Dangal closed 2016 with an almighty bang and is still piling up the box office crores in its sixth week. Trade analyst Taran Adarsh reports that Dangal's total ticket sales add up to Rs 385.66 crore - and will likely keep rising despite screens being occupied by Shah Rukh Khan's Raees and Hrithik Roshan's Kaabil. The daily earnings are now in the region of lakhs rather than crores but while Dangal may have slowed down, it shows no signs of stopping anytime soon. For profit-impoverished Bollywood, Dangal remains the brightest star in the 2017 firmament, outperforming every film that has released so far. Taran Adarsh tweeted:

Promoted
Listen to the latest songs, only on JioSaavn.com
At last count, Taran Adarsh reported the film's overseas business at just under $30 million, doing especially well in USA and Canada. These numbers are likely to receive a boost soon when the film releases in Pakistan, when a ban on screening Indian movies has just been lifted. Hrithik Roshan's Kaabil was the first post-ban film to open across the border on Wednesday and Shah Rukh Khan's Raees is pending Censor Board clearance. News agency PTI reports that Dangal is top of distributors' wishlist, to help compensate for revenue lost during the ban.

Dangal, which released on December 23, is the true story of how Haryanvi wrestler Mahavir Singh Phogat trained his daughters Geeta and Babita Phogat in his sport. Aamir Khan, 51, has received breathlessly rave reviews and the Filmfare Best Actor award for his performance as the determined and obstinate father who demands absolute obedience from his daughters in his pursuit of their glory. Actresses Fatima Sana Shaikh and Sanya Malhotra play Geeta and Babita Phogat. TV star Sakshi Tanwar co-stars as their mother, Daya Kaur. Dangal, directed by Nitesh Tiwari, has toppled both Aamir's previous film PK and Salman Khan's 2016 film Sultan off the Bollywood box office charts.