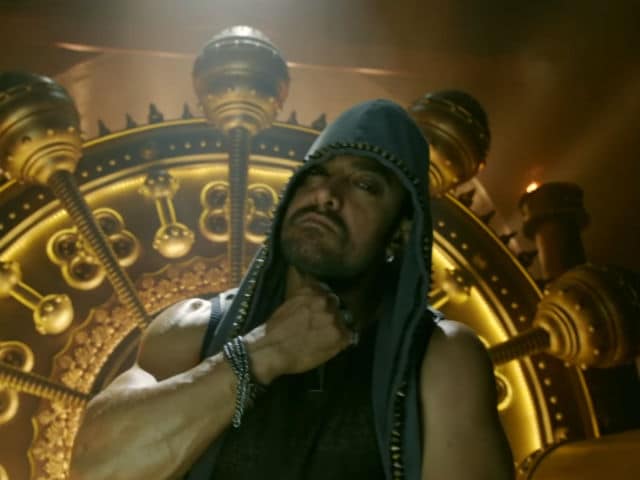 New Delhi: Ahead of the release of Aamir Khan's Dangal, the makers of the film have released a new version of the song Dhaakad, which the actor performs. We love the superstar for his work as an actor, as host on his TV show Satyamev Jayate and also for his previous singing work. The new version of Dhaakad has given us another reason to adore him. Dressed in typical hip-hop togs with kohled eyes and a hoodie, the 51-year-old actor shows off his singing and dancing skills in the song that talks about wrestling and women's empowerment. The video also features the Phogat sisters, Babita and Geeta, played by actresses Sanya Malhotra and Fatima Sana Shaikh, who take us to the wrestling akhada and badly defeat their opponent, a man.


Aamir Khan's Dangal releases on December 23 and is one of the much-anticipated films of 2016. The film is set in Haryana and is based on the real life story of wrestler Mahavir Singh Phogat, played by Aamir Khan. Dangal will take us through Mahavir's journey as a wrestler and later, the film will show his perseverance in training his daughters Babita and Geeta into wrestlers by profession. Mahavir, who dreams of winning a gold medal for the country, trains both his daughters like men to excel in the wrestling field.

This is not the first time we are seeing Aamir singing. In 1998, Aamir had sung Aati Kya Khandala.. from Ghulam and that was a massive hit. He also reading out a few lines for a song in Fanaa.

Promoted
Listen to the latest songs, only on JioSaavn.com
To give a rustic edge to Dhaakad, Aamir Khan sings in the Haryanvi dialect. Dangal also stars TV actress Sakshi Tanwar as Daya Kaur, Mahavir's wife. It is directed by Nitesh Tiwari and produced by Aamir Khan, Kiran Rao and Siddharth Roy Kapur.

The original Dhaakad song portrays the journey of Geeta and Babita Phogat from the wrestling pits of Haryana to winning their matches. It is sung by Raftaar with lyrics by Amitabh Bhattacharya and music by Pritam.