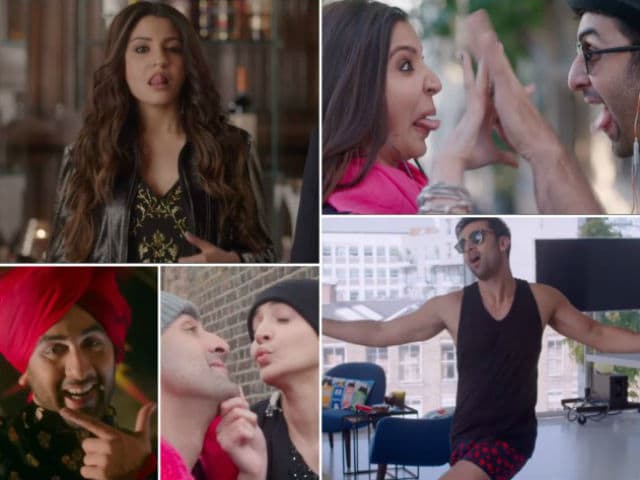 New Delhi: As is the case with the first four tracks from Karan Johar's love triangle Ae Dil Hai Mushkil, expect the just released Cutiepie to soar on the charts as well. Karan released the song on Twitter on Monday afternoon, and it was certainly worth the wait.

Karan calls Cutiepie the 'Filmi' song of the year, and we agree. Featuring Ranbir Kapoor and Anushka Sharma, this desi number with a quirky anglicized twist is certain to become a wedding favourite.


Unlike Channa Mereya, a pathos-filled ballad about longing and love, which also features parts of Anushka's wedding the film, Cutiepie is a much happier take on the affair. Ranbir dons the groom's guise with a sherwani and turban, and sings about the girl who isn't a regular bride, but rather a colloquially termed 'banno' who's big on social media and can't get enough of her phone. The lyrics are written by Amitabh Bhattacharya.

Composed by Pritam and featuring the unique vocals of Pardeep Singh Sran and Nakash Aziz, Cutiepie gives us more insight into the fun-filled friendship (and love) between Ranbir and Anushka in the film. The actress not only joins her co-star in shaking a leg, but we simply can't get enough of their oddball expressions.

Promoted
Listen to the latest songs, only on JioSaavn.com
Karan and Anushka shared the first look of the song over the weekend, and now that the song is out, we're pleased.

And coming Up on Monday !!! The FILMI song of the year!!!!! Our 5th song!! #CUTIEPIEpic.twitter.com/DlLEWThxRl

Are you ready for the filmy song of the year??? #Cutiepie out tomorrow.. Stay Tuned #AeDilKiDiwalipic.twitter.com/JdzWn2g0ps