It's A Girl For Neha Dhupia, Angad Bedi. Congratulations To The New Parents! 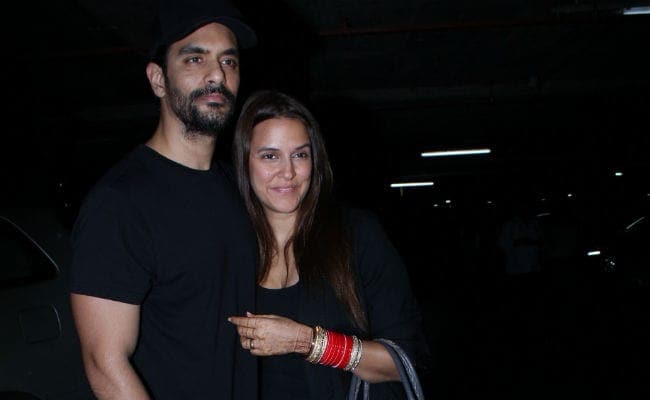 Celebrity couple Neha Dhupia and Angad Bedi welcomed their first child - a baby girl - on Sunday morning. The couple married in a hush-hush wedding ceremony at a New Delhi Gurudwara in May, a few months after which they announced the pregnancy with adorable posts on social media. Speaking on Neha's talk show No Filter Neha recently, Angad Bedi revealed how he broke the news of Neha's pregnancy to her parents. Speaking to Neha Dhupia, he said: "To break the news to your parents, I really had cold feet as clearly it was not going to come from you (Neha). Everything had to come from me. I had to really man up and speak. I just had to blurt it out and see the reaction."

The couple's friend Sophie Choudry was the first celebrity to congratulate the couple!

Yaayy it's a girl Congrats my dearest @nehadhupia & @angadbedi on the birth of ur princess!!May she be blessed with good health & happiness always! And with u two as her parents, I know her life will be full of love & laughs! Here's to a truly special chapter in ur lives! pic.twitter.com/Hq28fEWDWU

Earlier in August, the pregnancy announcement was made like this: "Here's to new beginnings," Neha had written in the post while Angad added: "Turns out this rumour is true!" Karan Johar, who also made the couple's wedding announcement on social media in May, was one of the first ones to congratulate the couple on the pregnancy.

Soon after Neha and Angad's hush-hush wedding, it was speculated that the actress' reported pregnancy may have urged the couple to get married in a rush. While before making the pregnancy announcement, Angad had denied the reports, in the previously mentioned episode of No Filter Neha, he confirmed that the wedding was planned in a hurry because of Neha's pregnancy.

In previews interviews, when Neha was asked about the reason behind their decision to keep the wedding under wraps till the D-day, she said it was because both she and Angad are very particular about their privacy and would want to keep their personal life away from the media glare.

Congratulations to Neha Dhupia and Angad Bedi once again!