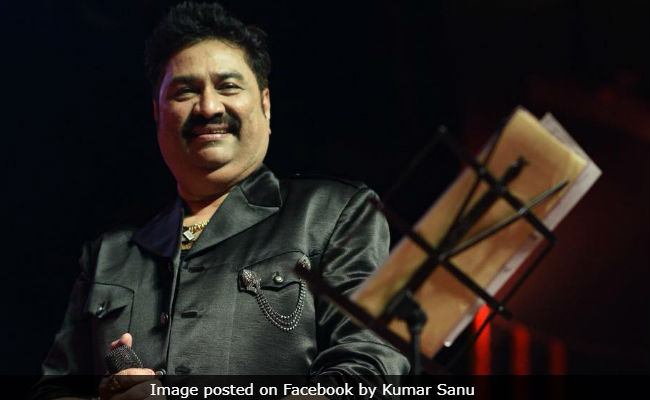 A complaint has been lodged against the organisers of an event where singer Kumar Sanu performed on Sunday in Muzaffarpur on Monday, reports news agency ANI. As per ANI, the organisers had used loudspeakers at the event venue after 10 pm (the permissible time limit). A police official told ANI: "They were using loudspeakers after 10 pm. We have registered the complaint and are investigating the matter." However, an India Today report stated that an FIR has been filed against Kumar Sanu and the event organisers. The 60-year-old singer was performing inside a school premises and the loudspeakers "caused discomfort" to the residents of the area, reported India Today.

A complaint has been registered against the organizers of an event in which singer Kumar Sanu performed in Muzaffarpur on Sept 2. Police official says, 'they were using loud speakers after 10pm. We have registered the complaint & are investigation the matter.' #Bihar (03.09.18) pic.twitter.com/yqsFfAHPN0

Kumar Sanu recently featured in headlines after he revealed that his daughter Shannon was adopted in 2001. Speaking on a reality show, Kumar Sanu said: "I never wanted to disclose this as I was scared of what the society would think. But since now this is out, I'm really proud of Shannon. She is very hardworking and has already achieved so much in her life. A lot of people in Hollywood know me because of her and that is a matter of pride of our family," reported news agency IANS.

Kumar Sanu was one of the top playback singers in the Nineties and he frequently collaborated with music composers like Nadeem-Shravan, Jatin-Latit and Anu Malik among others. In a career spanning almost three decades, Kumar Sanu has recorded songs in over 30 languages including Marathi, Gujarati, Telugu, and Malayalam.