Allu Arjun's birthday was made special by Chiranjeevi's throwback post 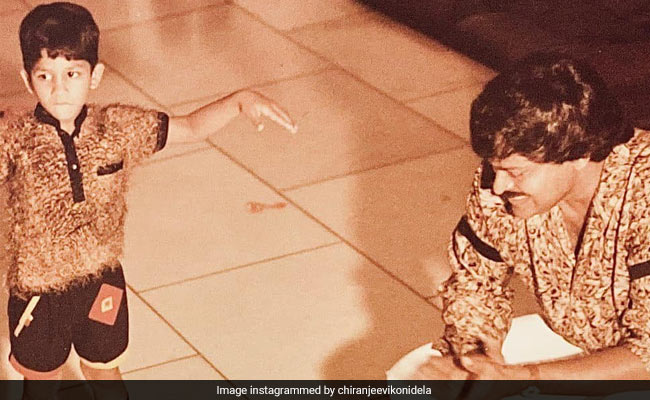 Chiranjeevi wished his nephew Allu Arjun in the best possible way. The superstar wished the actor with a throwback picture. In the photograph, little Allu Arjun could be seen dancing while Chiranjeevi amusingly looked at him. "Happy Birthday Bunny," Chiranjeevi wrote. The comments section was flooded with birthday wishes for the actor. Allu Arjun's dance skills need no introduction. Bollywood star Hrithik Roshan is also a self-confessed fan of the actor's dancing skills. "My god, he is so energetic, strong and inspiring," Hrithik said about Allu Arjun's dance skills during a recent interview.

Allu Arjun featured as a dancer in 2001 film Daddy as a teenager. Who can forget his performance to the song Aa Ante Amalapuram from the film Arya 2? His tracks Ringa Ringa, In the Night, My Love is Gone, Cinema Choopistha and Blockbuster became equally popular.

A post shared by Chiranjeevi Konidela (@chiranjeevikonidela) on Apr 7, 2020 at 8:17pm PDT

Meanwhile, Allu Arjun shared the poster of his forthcoming film Pushpa and he wrote: "First look and the title of my next movie Pushpa. Directed by dearest Sukumar garu . Music by dearest friend Devi Sri Prasad. Really excited about this one. Hoping all of you like it."

First Look and the Title of my next movie " P U S H P A " . Directed by dearest Sukumar garu . Music by dearest friend @thisisdsp . Really excited about this one. Hoping all of you like it . @rashmika_mandanna @mythriofficial #MuttamsettyMedia