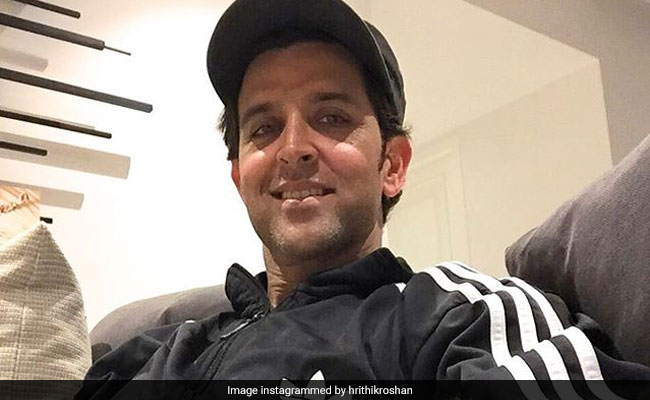 Looks like Hrithik Roshan, often referred to as Bollywood's dance god, is a fan of two south superstars' dance skills. And they are none other than actors Allu Arjun and Vijay. In a recent interview during his visit to Chennai, the Bang Bang! actor was asked about his views on Allu Arjun as a dancer, when he said: "Oh my god, he is so energetic, strong and inspiring." Excerpts from Hrithik's interview have been shared by both his fan clubs and those of Allu Arjun. When asked about how much he likes Vijay's dance moves, Hrithik simply responded with a query: "I think they have some secret diet or something over here because everybody's energy level is so amazing. I would love to learn what they eat before they dance."

Telugu superstar Allu Arjun is categorised as one of Tollywood's finest dancers. Years before his full-fledged debut in Telugu cinema, Allu Arjun featured as a dancer in 2001 film Daddy as a teenager. His dancing skills became the talk of the town when he starred in Arya 2, which was his second film as the lead hero. Songs such as Ringa Ringa, In the Night, My Love is Gone, Cinema Choopistha and Blockbuster are just a few examples of him burning up the dance floor. Allu Arjun has also wowed audiences with his Michael Jackson-style dance moves at several award shows in the South. Meanwhile, Tamil star Vijay is best known for acing quirky dance steps, as can be seen in his popular songs such as Kutti Puli, Vetri Kodi Yettru, Naan Adicha, Hey Rama Rama, Aadunga Yennai Suthi, Soora Thengai and Jithu Jilladi among others.

On the work front, Hrithik Roshan was last seen in War, in which he had a dance-off with his biggest fan Tiger Shroff. He also has Krrish 4 in his line-up.