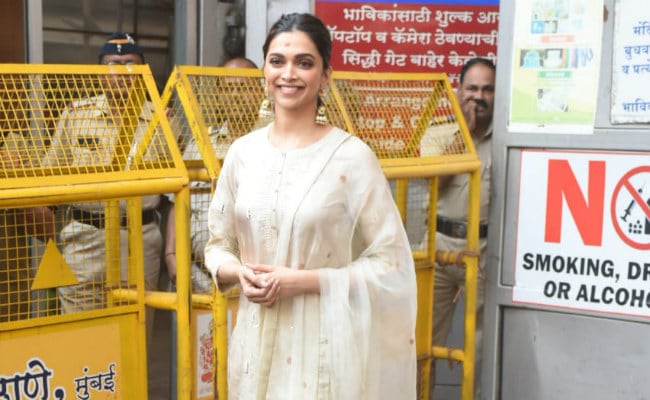 Deepika Padukone at the Siddhivinayak Temple

Deepika Padukone's new film Chhapaak opened in theatres on Friday, the morning of which the actress visited Mumbai's Siddhivinayak Temple to seek blessings for her new film. As is ritual, Deepika was escorted by heavy security but the actress patiently waved at the paparazzi gathered outside the temple's entry point. Deepika kept her wardrobe choices simple for her visit to the Siddhivinayak Temple - she was radiant in an off-white salwar-kameez, style with a sheer dupatta. Deepika accessorised with heavy danglers and tied her hair back in a neat hairdo. Directed by Meghna Gulzar, Deepika's Chhapaak is based on acid attack survivor Laxmi Agarwal's life and experiences. Laxmi Agarwal is now a TV show host and a campaigner with Stop Acid Attacks. 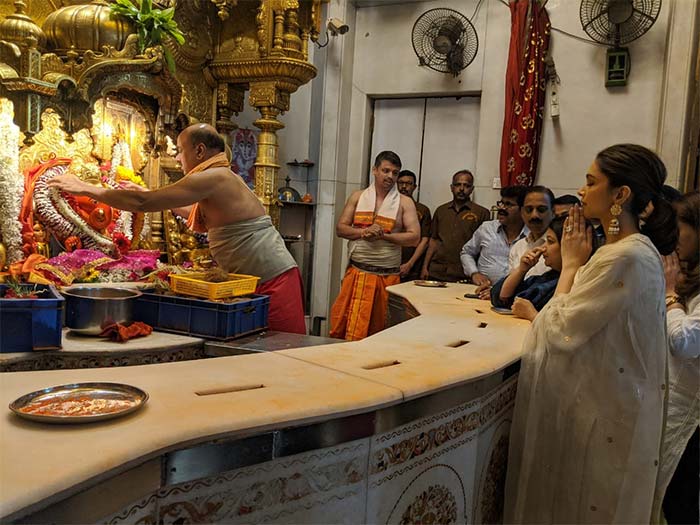 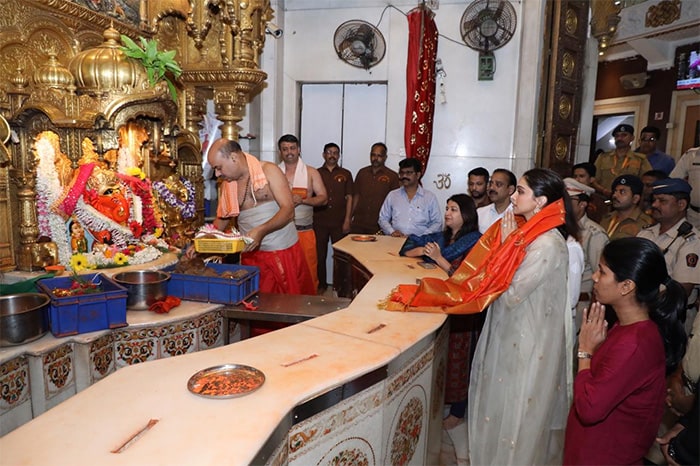 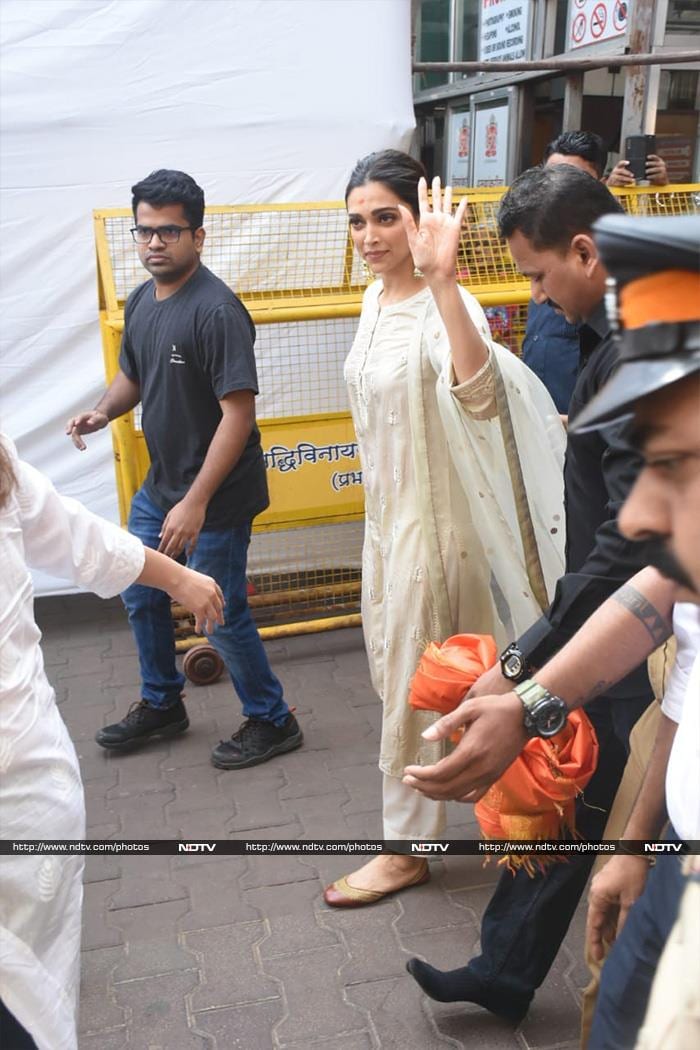 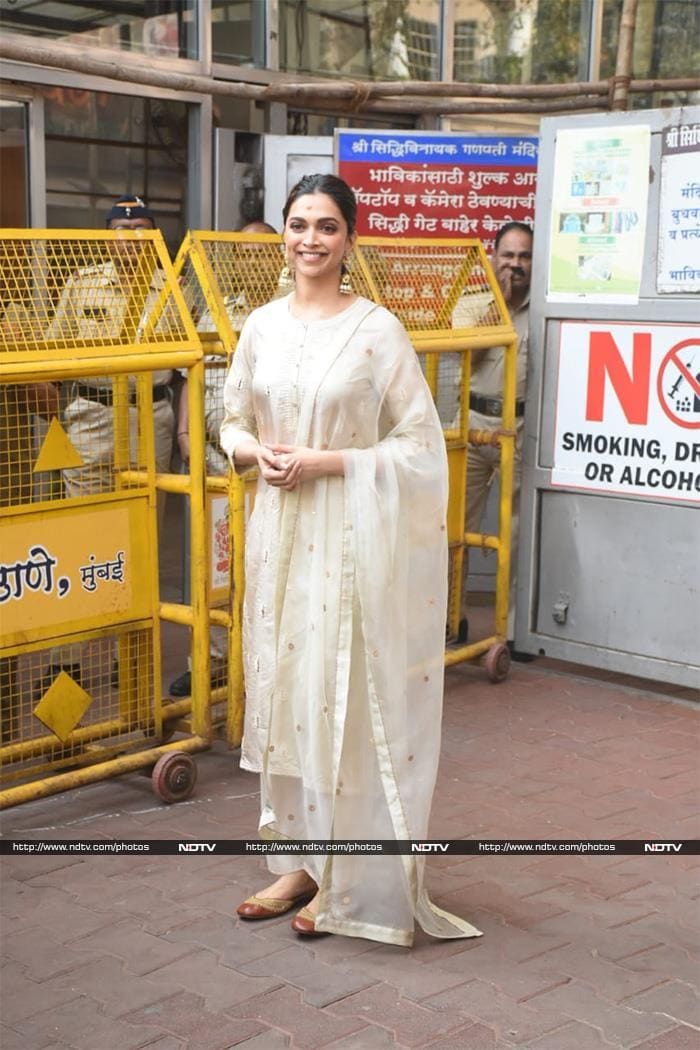 Deepika at was radiant in an off-white suit 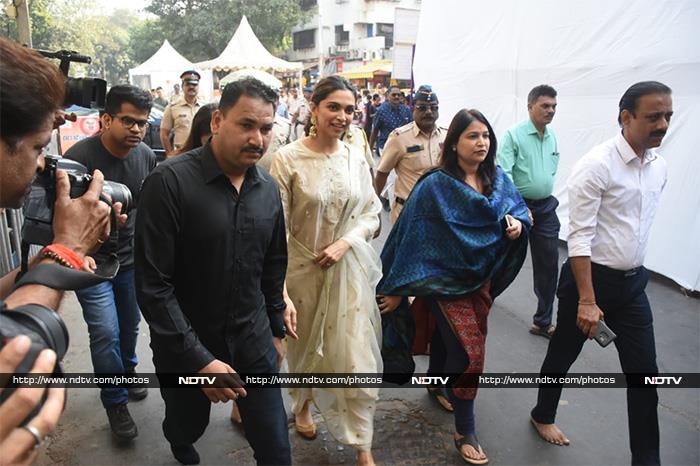 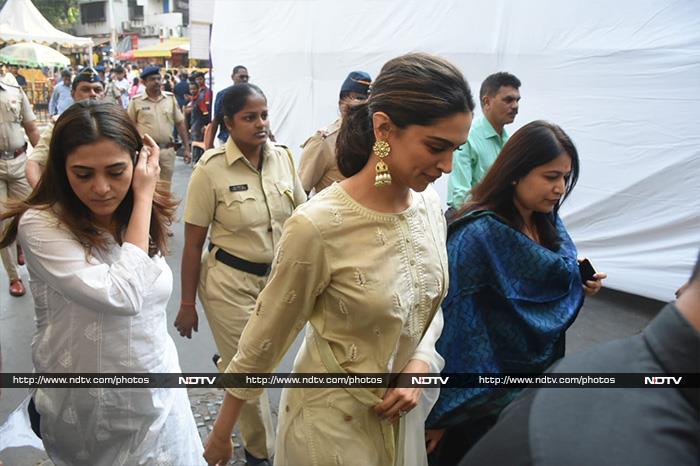 Chhapaak opened to positive reviews on Friday. Film critic Saibal Chatterjee wrote in his review for NDTV: "An urgent theme and a female lead who sheds her Bajirao Mastani and "Padmaavat" finery and gets into the skin of a lower middle-class woman scarred for life by an acid attack make Chhapaak a Hindi cinema milestone. Director Meghna Gulzar and actor Deepika Padukone notch up a few points in this commendable effort..."

On Tuesday, Deepika Padukone was hailed by fans for showing up at New Delhi's Jawaharlal Nehru University and standing in solidarity with the students, who were attacked on campus by a masked mob last Sunday. Deepika has been called "brave" on Twitter for visiting JNU just days ahead of her film's release. Deepika's JNU visit was described by many as a publicity stunt and a negative campaign to boycott Chhapaak trended online but a larger section of social media came out in her support, including celebrities such as her Chhapaak co-star Vikrant Massey, filmmakers Anurag Kashyap, Nikkhil Advani and others.

In November last year, Deepika Padukone celebrated her first wedding anniversary with a temple run of sorts with husband Ranveer Singh. They visited Tirumala Tirupati Temple in Andhra Pradesh and then prayed at the Golden Temple in Amritsar. In 2018, Deepika and Ranveer had visited the Siddhivinayak Temple just days after their Mumbai reception with their families.