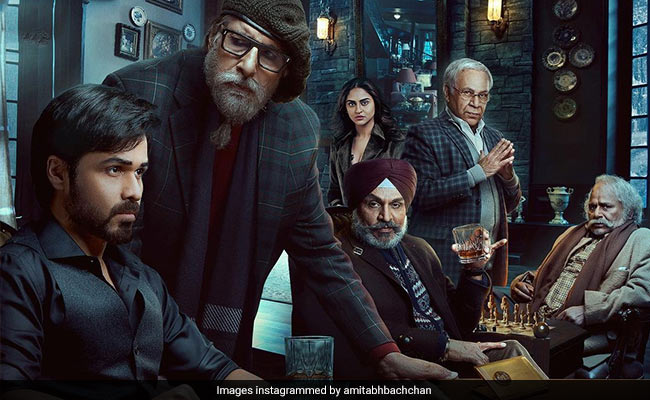 Amitabh Bachchan just shared an update on his new film Chehre, in which he co-stars with Emraan Hashmi. The actor shared a brand new poster from the film on his social media handles. In the picture, a bespectacled Big B can be seen sporting a long beard, a cap over his head as he intensely looks at Emraan Hashmi. Besides Amitabh Bachchan and Emraan Hashmi, the film also stars Krystle D'Souza, Siddhanth Kapoor, Raghubir Yadav and Annu Kapoor in pivotal roles. Sharing the film's poster, Big B wrote: "Chehre se bada koi naqaab nahi hota! Uncover the real Chehre, the much-awaited mystery-thriller, in theatres on April 30, 2021." He added the hashtag #FaceTheGame.

Big B  announced his association with Chehre by sharing a picture with his co-star Emraan Hashmi and the film's director Rumi Jaffery and the producer Anand Pandit in 2019. The film was earlier slated to release on February 21, 2020. However, its release was shifted due to the coronavirus pandemic and the nationwide lockdown last year.

The thriller has been written and directed by Rumi Jaffery, who has helmed films like Gali Gali Chor Hai and Life Partner among others. He also directed the 2008 film God Tussi Great Ho, starring Salman Khan and Priyanka Chopra, in which Amitabh Bachchan had an extended cameo.