From calling the actress a loofah, to a cabbage, the comments section on Deepika Padukone's post saw some weird comparisons 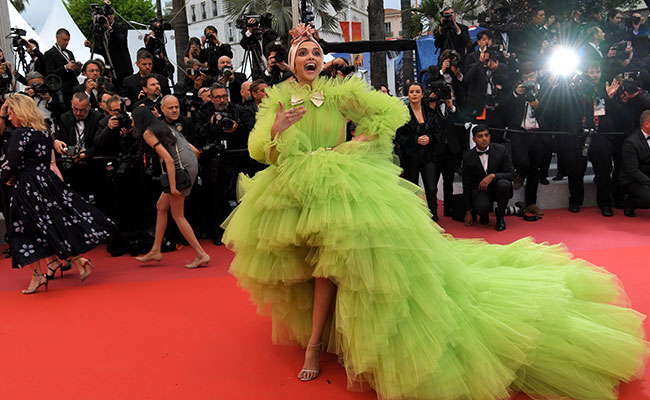 Deepika Padukone's fabulously OTT second red carpet look at the Cannes Film Festival was right up husband Ranveer Singh's alley. He left these comments on Deepika's Instagram posts: "Un freaking real," "Nuts," "Wow, I mean, wow," "yeah baby, let them know," and "this look is insane." But while Ranveer, (in)famous for his maverick style, was clearly floored by Deepika's uncharacteristically adventurous outfit - a lime green Giambattista Valli dress made of yards of gauzy fabric, belted and with a bow at the neck, her hair in a pink turban - the Internet wasn't as enchanted. First, a good look at Deepika's outfit:

The ensemble was the final argument some Instagram followers needed to be convinced that Ranveer Singh has sartorially rubbed off on Deepika Padukone. "Ranveer ka rang chadh gaya... Lol," read a comment. Others were straight up confused by the dress, comparing it to a Pokemon - "Did you just evolve into a Bulbasaur?" - as well as to cabbage and a loofah. Sonam Kapoor, whose hairy Elie Saab dress a couple of Cannes ago was compared to a haystack, Big Bird from Sesame Street and even her father Anil Kapoor, will relate.

Twitter agreed that the outfit was almost certainly Ranveer-inspired:

There is a lot of drama in Deepika's choice of outfit as well colors in Cannes this year..some credit should definitely go to Mr. Singh Padukone

what Deepika wore at Cannes could have clothed 10 Indian families in the coming winter. :-)

There were also some on both Twitter and Instagram who thought Deepika Padukone had mixed up Cannes with the Met Gala:

The bougainvillea dress referred to above is this origami-style Ashi Studio gown Deepika wore last Cannes: 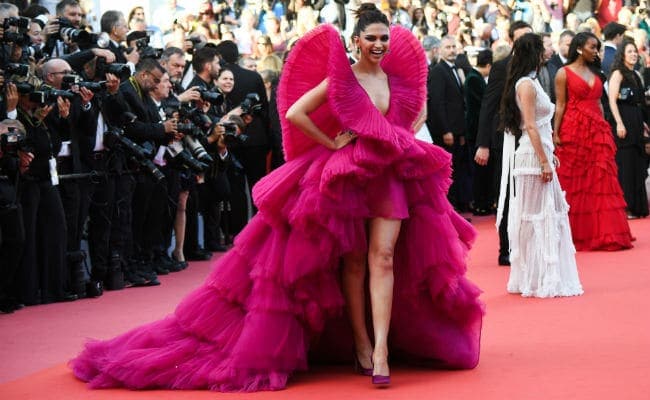 Not everyone hated Deepika's look - "Now this is called a look," commented a fan on Instagram. "Gorgeous girl," wrote another fan of the actress. Deepika's posts were flooded with heart emojis by several fans.

Friday was a whirlwind of daytime looks from Deepika Padukone, who is representing L'Oreal at Cannes for the third time. She changed four outfits, all in quick succession - a striped pantsuit, a black and neon green dress, a white lace shirt and pants, a floral maxi dress, Deepika's Cannes special wardrobe had it all. Check out her different looks here:

Deepika Padukone made a grand appearance on the red carpet of the Cannes Film Festival on Thursday. She was dressed in a cream gown by Peter Dundas, finished with an exaggerated chocolate brown bow. Deepika styled her hair in a sleek ponytail. She looked dramatic in kohl-rimmed eyes and bronzed cheeks. Take a look at Deepika's outfit here: 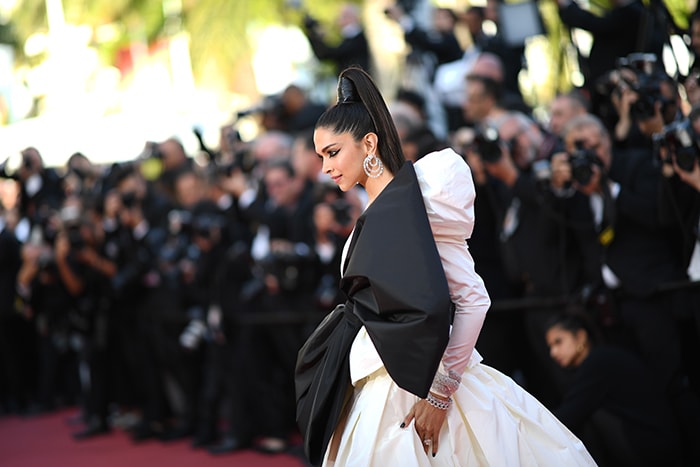 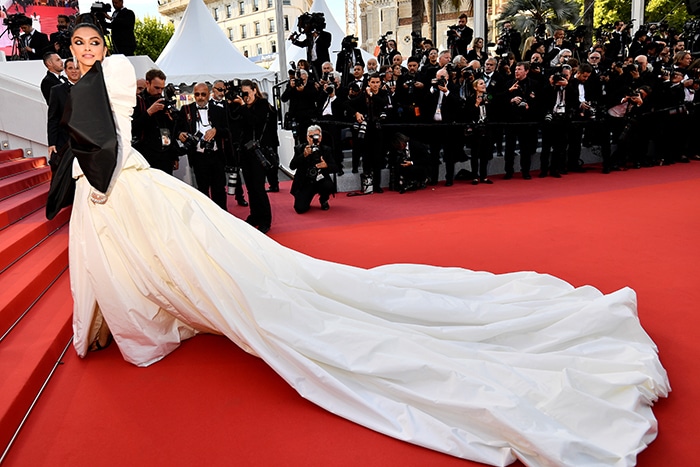