Cannes 2018: Not Just Kangana Ranaut, This Actress Is Also Making Her Debut This Year 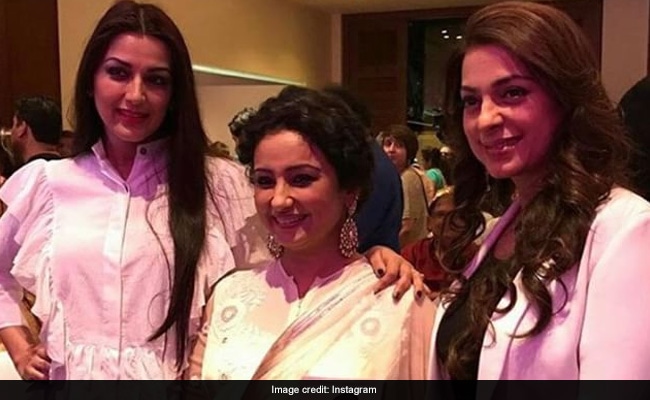 "I am leaving on May 10 for Cannes," she said (courtesy: Instagram)

New Delhi: It's been a wonderful year for actress Divya Dutta who just received her first National Award for her performance in the film Irada and is now, eagerly looking forward to her debut at the Cannes Film Festival later this month. Talking about her maiden appearance at the film festival in the French Riviera, the 40-year-old actress told IANS: "I am leaving on May 10 for Cannes. This is my first time there. There are lots of 'firsts' this year. It's my first official entry to Cannes and it's the best way to be there and walk the red carpet with my team." The actress will be part of the Festival because her film Manto, which has been selected for competition in the Un Certain Regard category. Directed by Nandita Das, Manto also stars Nawazuddin Siddiqui and Rasika Duggal.

The special moment... the national award. Sharing wt u

"You know just to enjoy something that you have heard so much about from friends. Everyone is being sweet enough to just guide me... be it Nandita Das or Richa," the Delhi 6 actress told IANS.

Talking about her couture for the screening of the film, the actress added: "There will be red carpet, screenings and a lot of events. So, I will mix up Indo-western, Indian and western clothes. There are so many different events so you can afford to wear all this. I am just finalising everything."

Promoted
Listen to the latest songs, only on JioSaavn.com
The 71st Cannes Film Festival will be held from May 8 to May 19.