So you think you can dance like this star? 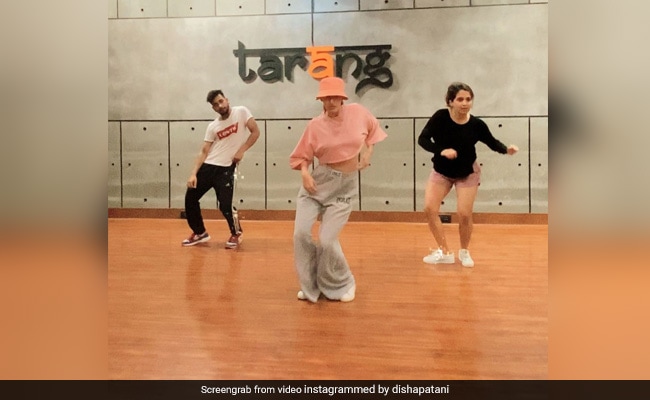 Instagram is filled up with "Woman Dance Challenge" videos and Disha Patani decided to contribute to it by sharing her rendition of the viral social media challenge. On Tuesday afternoon, the actress shared a video along with two dancers, in which she can be seen acing the "Woman Dance Challenge" and how. Dressed in a pastel pink outfit, Disha Patani hid her face with a hat and she let her dance do all the talking. She captioned the post: "Throwback to us just chilling." She added the hashtags #womandancechallenge and #dojacat to her post. In the comments section of Disha Patani's post, her Instafam dropped remarks like "Wow fantastic" and "awesome." Another one added, "very nice."

Disha Patani loves to share videos from her dance sessions on her profile. "Juss chillin," she captioned this one.