Can You Believe Milind Soman "Never" Parties? He Says... 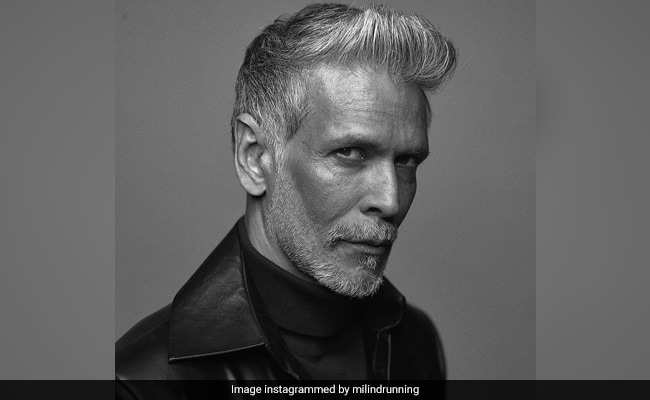 Milind Soman, 55, left his fans and us a bit shocked when he shared that he "never" parties. Can you believe it? Milind's candid confession arrived after he shared a video of himself doing handstand on social media. In the clip, the shirtless model-actor can be seen nailing handstand, which he learnt at 54 (as per his reply to a fan on his post) like a pro. "Breathe, even when everything looks upside down," Milind Soman captioned the clip. Reacting to his post a few hours later, a fan dropped a comment, in which he asked Milind: "Do you party or drink alcohol?" To this, the actor replied: "Alcohol sometimes, party never." 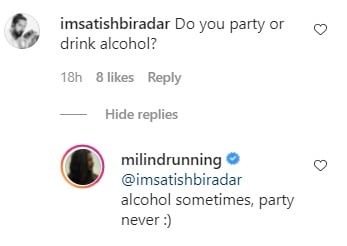 When not working, Milind Soman likes to keep himself busy by exercising and performing yoga. The actor, who is a fitness enthusiast, often shares inspiring photos and videos of himself working out. Like this one, in which he can be seen "trying out new Mudgar 10 kgs."

And here's another video of Milind Soman "chilling like a villain." Take a look:

In terms of work, Milind Soman was last seen in web-series Paurashpur. He is best-known for featuring in the music video Made In India. He has also starred in films such as 16 December, Rules: Pyaar Ka Superhit Formula, Say Salaam India and Bajirao Mastani.

Milind Soman is currently judging Supermodel Of The Year 2 with Malaika Arora and Anusha Dandekar.