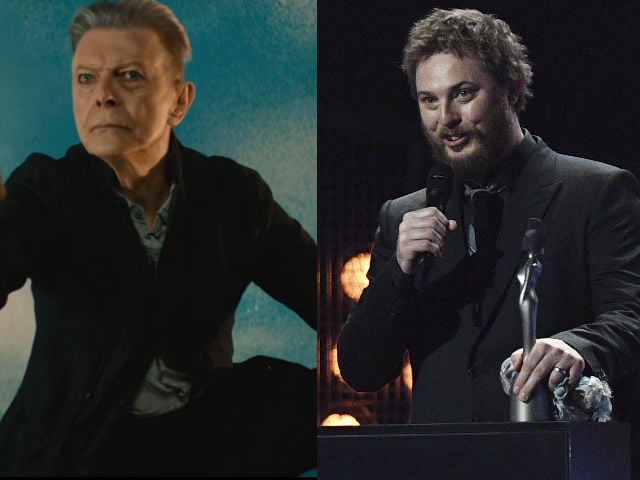 New Delhi: Late artiste David Bowie won two top prizes at the BRIT awards held in London on Wednesday. He won Male Solo Artist and Album Of The Year trophies. The moment was written down in the history of the BRIT awards as Mr Bowie became the first British artist to posthumously win at the award ceremony which is widely recognized as the "Grammys of UK." Adele, who won five awards at The Grammys held a few weeks back, was given an award for Global Success. Adele returned to the music scenario with path-breaking album 25, which picked up most of the Grammys for her. Beyonce, Drake and A Tribe Called Quest were announced winners under the International artistes category:

During the ceremony held in London's O2 Arena, Andrew Ridgeley paid tribute to late singer and his former bandmate George Michael. The Chainsmokers and Coldplay's Chris Martin's debut performance with Something Just Like This was another highlight of Wednesday evening's ceremony. Katy Perry performed Chained To The Rhythm critiquing US President Donald Trump.

Promoted
Listen to the latest songs, only on JioSaavn.com
Here are the winners of BRIT Awards 2017: