'Bonjour De Cannes 2019': Sonam Kapoor Is Warming Up For The Red Carpet

The 72nd edition of the Cannes Film Festival marks Sonam's 10th year in the French Riviera as ambassador for L'Oreal and she couldn't be more excited. 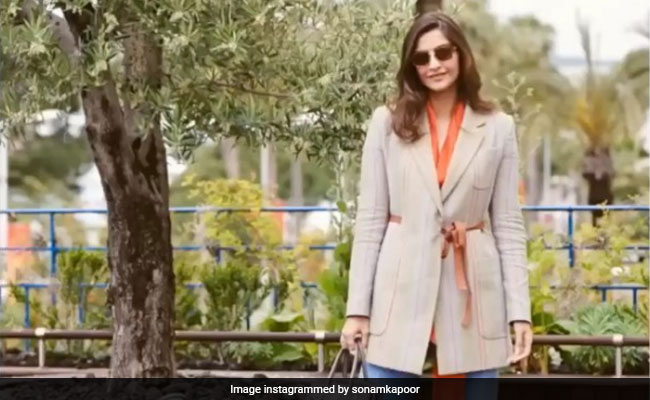 Sonam Kapoor said hello all the way from Cannes on her Instagram and we can't wait for the red carpet surprise she has to delight us with! The 72nd edition of the Cannes Film Festival marks Sonam's 10th year in the French Riviera as an ambassador for L'Oreal and she couldn't be more excited. Soon after stepping out of the Nice airport, Sonam Kapoor updated her fans and followers with a tour of her suite at the Hotel Martinez, overlooking the cruise-lined harbour and offering glimpses of her chilling scenes with sister Rhea Kapoor. For her Mumbai-Cannes travel diaries, Sonam opted for Roksanda separates for their Soring 2019 collection - a striped blazer paired with blue trousers. 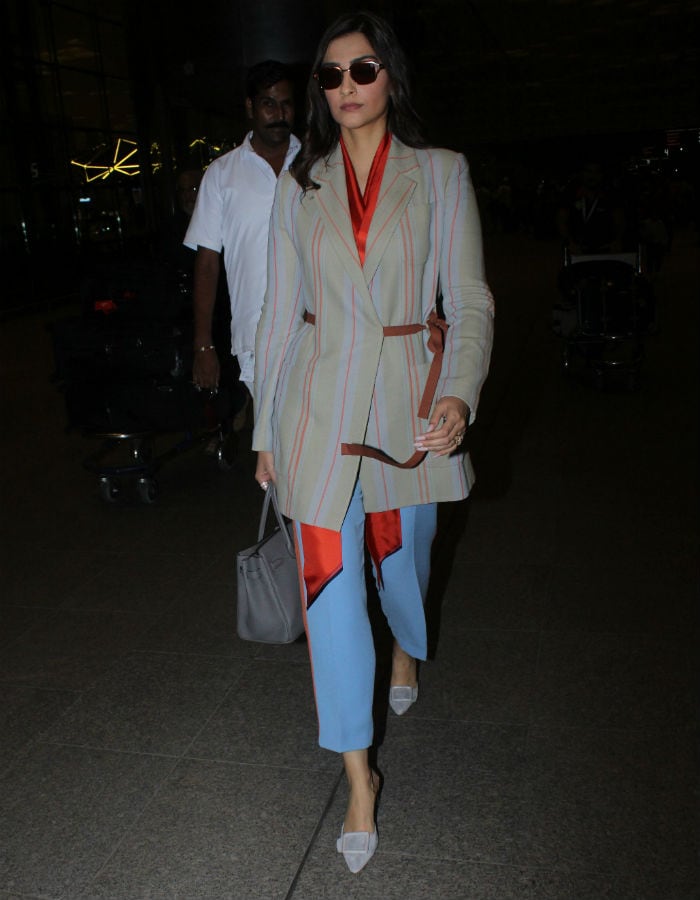 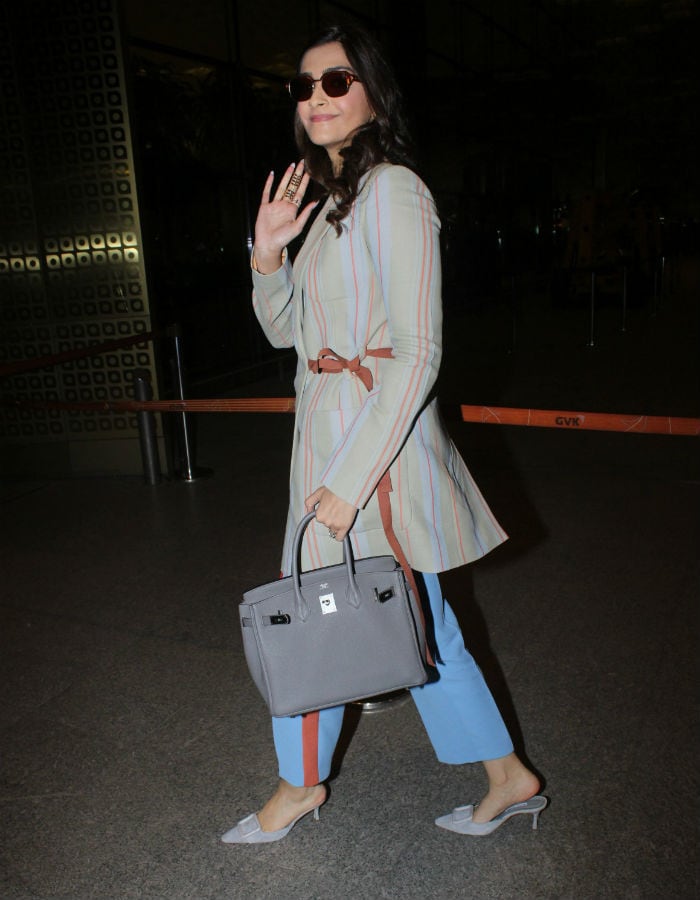 Sonam kept it smart and chic in square sunglasses and flat pumps. That grey tote of hers, is a must have. "Bonjour de Cannes," she wrote from Cannes. That's a "Hello from Cannes," in French.

Sonam Kapoor left for Cannes late night on Saturday, when she was spotted twinning with Rhea Kapoor, who has been her official stylist for Cannes and otherwise, since she joined Bollywood. 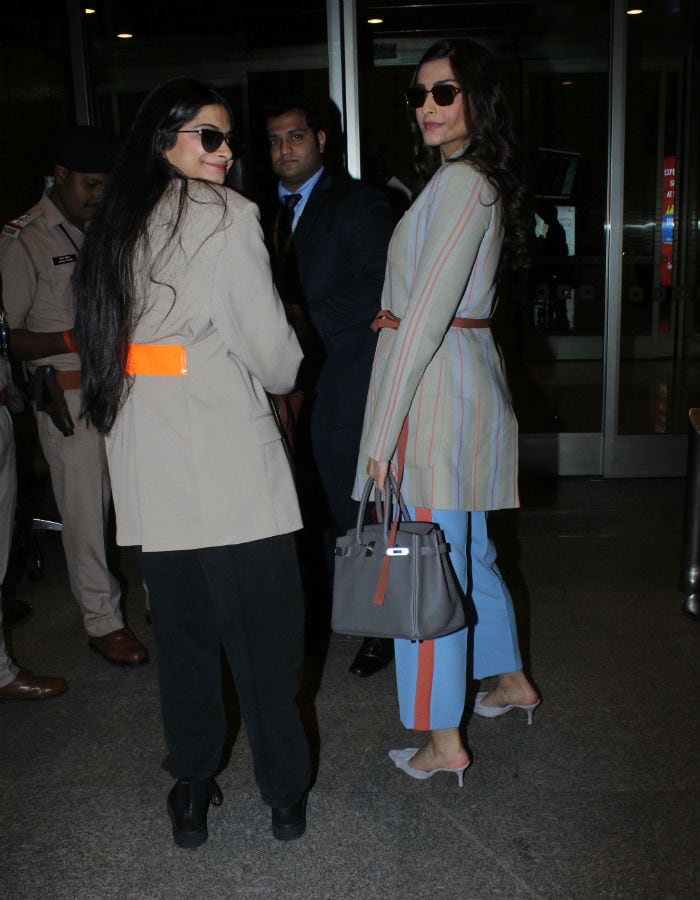 Rhea Kapoor, who conceptualised Sonam's yet-to-be unveiled Cannes looks, told IANS in an interview just titbits of what to expect this year: "I think this year we are going to focus on simplicity and elegance... It will be more on Sonam's personality and where she is in her life right now. See, this is a very beautiful phase of her life where she is very happy, content and emotionally secure. So, it should come across in the clothes and the looks."

Last year, Sonam Kapoor walked the Cannes red carpet within days of her wedding to Anand Ahuja. Sonam Kapoor opted for a Ralph and Russo lehenga for one look while for another she picked a Vera Wang gown. She rocked both the looks like a boss with her wedding mehendi-designed hands stealing some of the show.