Bollywood Has Nothing On Avengers: Endgame Until Student Of The Year 2, Say Pundits 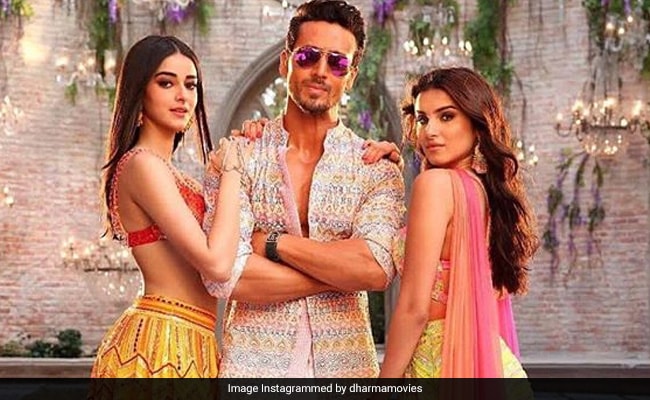 With no Bollywood biggie hitting the screens till Student Of The Year 2 releases on May 10, Avengers: Endgame has a clear window to reach one milestone after another at the Indian box office, say experts. This Friday, Hindi films Setters, Blank and 1978 will open in theatres, which are so far buzzing with the Avengers: Endgame mania. "Student Of The Year 2 may be a small speed breaker in the tsunami that Avengers: Endgame has brought at the box office. But till then, it has a clear window to make more milestones at the ticket counters," film and trade expert Girish Johar told IANS.

He says that the movie will have a lifetime business of around Rs 300 crore in India, while distributor Rajesh Thadani feels it will touch Rs 500 crore.

Setters features Shreyas Talpade, while Blank marks the debut of Dimple Kapadia's nephew Karan Kapadia, and 1978 is a teen thriller.

Student of The Year 2 features Tiger Shroff and newcomers Tara Sutaria and Ananya Panday. The anticipation is high because it is a sequel to the widely popular Student Of The Year, which had launched Alia Bhatt, Sidharth Malhotra and Varun Dhawan in Bollywood.

Since releasing on April 26, Avengers: Endgame has collected Rs 189.70 crore nett in India, according to the film's representatives. It also set a new opening weekend record for IMAX in the country. The second film in history to be shot entirely with IMAX cameras, it released on 18 IMAX screens in India.

"It is doing huge numbers, and has shattered many box office myths. It was a non-holiday release, had a screen count of 2,845 and did not follow the traditional way of promotions in India either. It is a mammoth film," Girish Johar said.

Not only is Avengers: Endgame a direct sequel to Avengers: Infinity War, it's the culmination of the previous 20-plus titles in the Marvel Cinematic Universe (MCU).

"Avengers: Endgame was one of the most awaited movies of 2019 and has broken box office numbers both in India and worldwide. For the first time, we have movie timings starting as early as 3.30 a.m. and the shows throughout the day are fully booked. We have already welcomed over 10 lakh consumers in the first 4-5 days and are expected to have more than 10 lakh more to come in over the next few weeks. Given the popularity of the franchise and hype around the movie, it is expected to break many box-office records," Mr Sampat said in a statement.

The success of the latest Avengers film is an indicator for Bollywood to pull up its socks and step up its game. "Bollywood needs to step up by making films on this scale and develop characters like the Marvel Cinematic Universe that can go a long way," Anil Thadani told IANS.

Soon after Avengers: Endgame scored an unprecedented opening day figure, filmmaker Shekhar Kapur, who is widely known for his work internationally, had tweeted: "Bollywood needs to up its game. It has been taking audiences for granted for too long. And so opened the door to Hollywood. Now we have no choice but to compete with Hollywood. Be more internationally competitive. Songs/dances will get us just so far. Need to go beyond."

Girish Johar agrees. "We need to introspect and tell the right stories. We may not have the budgets, but at the end of the day, a good film is about good stories, craft and blend of emotions. Hollywood is not taking the Indian audience for granted. We should also not take our audience for granted," he said.

avengers endgamestudent of the year 2