'Blessed To Be With Dilip Kumar, Treasure Every Moment': Wife Saira Banu On His 96th Birthday

Dilip Kumar spent his birthday with family and close friends 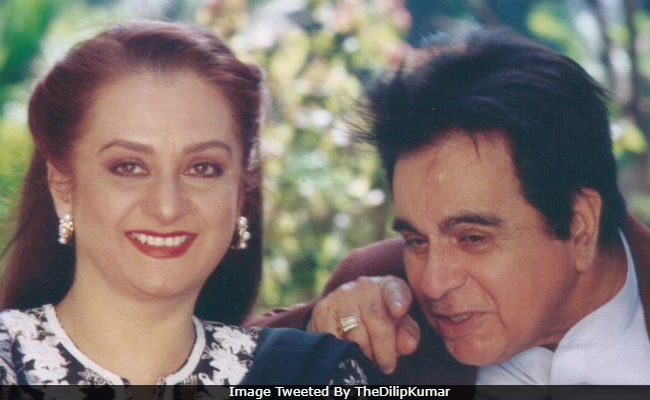 Veteran actor Dilip Kumar, who turned 96 on Tuesday, spent his birthday with family and close friends. On the special day, his wife Saira Banu revealed the day's plans, shared his health update and revealed how 'blessed' she feels. "I feel blessed and fortunate. He is a man with simple gestures and he believes in simplicity. I only wish and pray for his long and healthy life," Saira Banu told news agency PTI. The couple married in 1966 and on October 11, they celebrated their 52nd wedding anniversary. "God gives me time to spend with sahab that itself is a great celebration of a day well spent. I am blessed to be with him and I treasure every moment, each second that I get to spent with him. We enjoy each other's company," Saira Banu told PTI.

Owing to Dilip Kumar's health, they decided not to have any elaborate plans. "We are not having a party this year. We are celebrating sahab's birthday with only immediate family members and close friends. We both are not keeping well. He is better, there is nothing to worry but we are just taking it easy," she told PTI.

A couple of months ago, Dilip Kumar was hospitalised due to recurring pneumonia. He was discharged a few days later. He has made several times to the hospital in the last few years. Last November, he was diagnosed with mild pneumonia and just a few months later, he was admitted for kidney-related ailment.

Meanwhile, on the veteran actor's birthday, stars like Amitabh Bachchan, Shatrughan Sinha, Anil Kapoor, Abhishek Bachchan and others wished him with precious posts on Twitter.

T 3022 - The ultimate MASTER of his craft .. Dilip Kumar - Mohammed Yusuf Khan .. turns 96 .. prayers and duas for his good health and happiness always .. the history of Indian Cinema shall always be written as 'before Dilip Kumar and after Dilip Kumar' pic.twitter.com/qAsOW9v5uy

Wishing the icon & all-time legend @TheDilipKumar Saab a very Happy Birthday! Thank you for all the amazing movies & memories! pic.twitter.com/HqImV8nxHV

Happy birthday @TheDilipKumar sahab. We pray for your happiness and good health. Have a wonderful day.

Dilip Kumar is known for films such as Andaz, Jugnu, Madhumati, Mughal-E-Azam, Naya Daur, Devdas and Ram Aur Shayam. He debuted in 1944 with Jwar Bhata.

Dilip Kumar was honoured with the Padma Bhushan in 1991 and the Dadasaheb Phalke Award in 1994.