Billboard Music Awards: Padma Lakshmi Presented BTS And It Couldn't Have Been Any Better. Sorry, We Mean 'Butter' 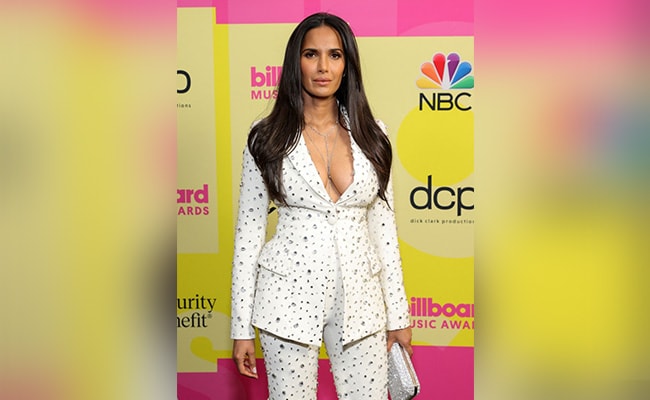 This year's Billboard Music Awards, held at Los Angeles' Microsoft Theater were everything and more that music lovers could ask for. Also, there was a major highlight for all the BTS fans, or ARMY as they are popularly called. Keep the stash of purple hearts ready alright. Well, here's what happened, the popular K-pop band BTS performed at this year's award show and they were introduced by let's just arguably the coolest presenter ever. Who could have been a better pick to introduce BTS' brand new track Butter than a 'Top Chef' herself. Well, we are talking about Padma Lakshmi, of course. Fans of the band and Padma Lakshmi were quite excited with the connection and some of these tweets clearly reflect this.

There's no such thing as too much butter and all the references to BTS' single and excited Padma Lakshmi fans prove that. "OMG welcome from an Indian. My Indian Army heart. Anyway, I'm excited about their performance," read a tweet.

OMG Welcome from an Indian
My Indian Army heartAnyways I m excited about their performance pic.twitter.com/wywaUKpnSn

"Wow! Thank you Padma Lakshmi for your sincere and enthusiastic introduction of BTS at the BBMAs! ARMY is so proud of our 7 amazing artists and this performance of BTS' Butter was highly anticipated around the world! I'm still shook," read another tweet.

Wow! Thank you @PadmaLakshmi for your sincere and enthusiastic introduction of @BTS_twt at the #BBMAs!
ARMY is so proud of our 7 amazing artists and this performance of #BTS_Butter was highly anticipated around the world! I'm still shook!

The Indian connection kept popping up - "India Welcomes Bangtan to their first Butter Performance! It's an honour," read a tweet.

India Welcomes Bangtan to their first Butter Performance!
It's an Honour

Padma Lakshmi is a woman of many hats. Best-known for hosting and judging popular food reality show Top Chef, she has written books like Easy Exotic And Tangy, Tart, Hot And Sweet. She is also an activist and a model.

"Priyanka Chopra Helped Me Every Step Of The Way": Nick Jonas On Recovering After Bike Accident