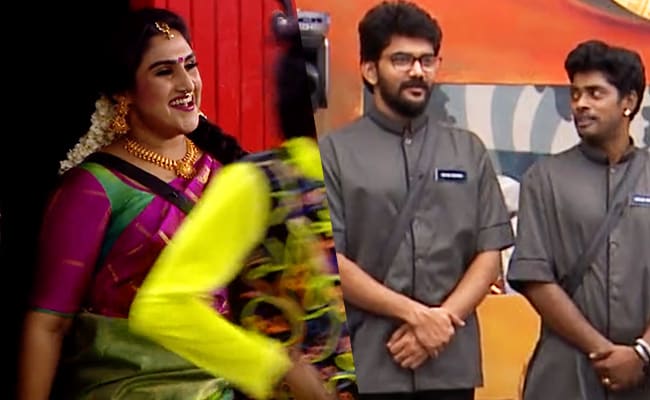 In another segment of the show, the housemates were seen discussing about the Abirami - Mugen saga. Much toBigg Boss housemates' delight, Kamal Haasan's stills from his forthcoming movie Indian 2 were showcased. Also yesterday marked the 60th year of Kamal Haasan's contribution to movies. As a mark of respect, an appreciation post was read in the Bigg Boss house.

The housemates spoke in brief about Kamal Hassan and his forthcoming movie. Kasturi, who was a part of the film, recounted that the movie was an important film and redefined her career. "Kamal is a benchmark for artists like us. I look upon him as an artist," were the words of Cheran.

The luxury task for this week was announced as a part of which, the house would become a hotel. Cheran was assigned the manager's role whereas Madhumitha was allotted the chef's duty and Sherin would look after the spa. The room service team comprised Tharsan, Abirami and Kasturi whereas Sandy and Kavin would be the housekeepers. Losliya and Mugen would be the entertainers.

In tonight's episode, the viewers will see that a fight erupts between Abirami and Mugen. With Vanitha in the Bigg Boss house, the things are going to get spiced up a little.