Mugen Rao jammed with the contestants of Super Singer 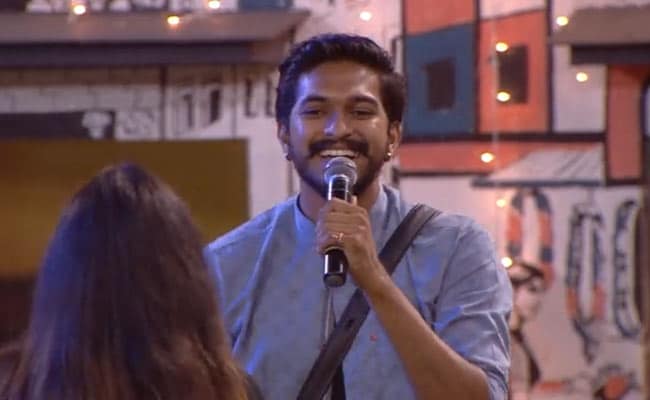 Marking the 100th day in the Bigg Boss house, the contestants were provided with a surprise bonfire setup. Mugen Rao, being a professional singer jammed with Super Singer show contestants which included Priyanka, Soundarya and Diwakar. Following the live musical performance, a grand dinner was setup symbolising the completion of 100 days. Earlier during the day, a task was conducted in which the contestants were asked to predict the time frame of one hour with the help of a clock. The finale contestants Mugen, Sandy, Losliya and Sherin participated in this task. To predict the time frame of one hour, Losliya took 1 hour 23 minutes whereas Sherin and Sandy took 1 hour 18 minutes and 1 hour 17 minutes, respectively. Mugen's prediction was the closest one at 53 minutes and he emerged as the winner of this task.

Fathima, Mohan, Meera, Reshma who entered the house as the guests, recalled their best and funniest moments they had in the Bigg Boss house. Mohan recalled the task in which the male contestants were asked to dress up as the female contestant as his funniest moment. Most of the contestants credited Sandy for his humour and thanked him for keeping the house lively. Sandy became emotional while speaking about his family. Mugen Rao was asked to take a photo of the housemates with Vivo phone.

Today's promo video reveals the entry of evicted contestants Vanitha and Sakshi. Vanitha will be seen accusing Sherin for the eviction of Tharsan from the house. Sherin burst out in tears hearing this accusation.