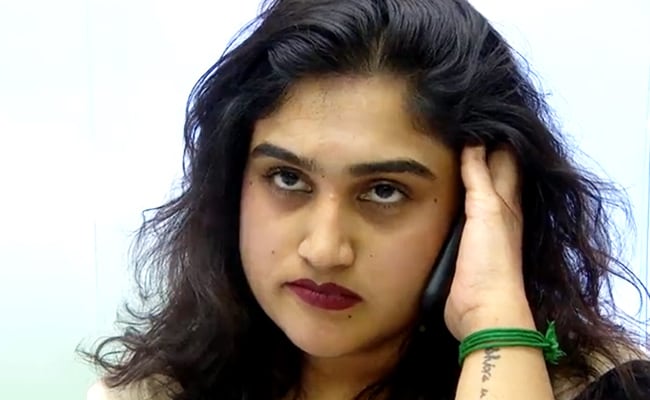 Vanitha in a still from Bigg Boss 3 Tamil

Madhumitha and Meera have earned the enemity of most of the housemates and this resulted in them getting 7 votes each for the nomination. Vanitha too gained 7 vote whereas Saravanan gained 4 votes and Mohan two votes. Thus Madhumitha, Meera, Vanitha, Saravanan and Mohan were nominated for elimination and one of them is ought to be shown the exit door by the people this weekend.

This was followed by the luxury task. The first luxury task was 'Murder Mystery'. Vanitha was chosen by the Bigg Boss to be the killer and was assisted by Mugen. Bigg Boss informed Vanitha whom she should kill. Excluding Vanitha and Mugen, the remaining housemates were addressed as the "public". The "public" should protect themselves from the "killer". If the "killer" kills anybody from Team "public", then that member has to be dressed as a "ghost" and enter the graveyard arranged in the garden area.

In the first task assigned to the killer, Sakshi had to be made to remove her makeup by herself. Vanitha successfully executed this task and eventually Sakshi was the first member of the "public" to be killed. 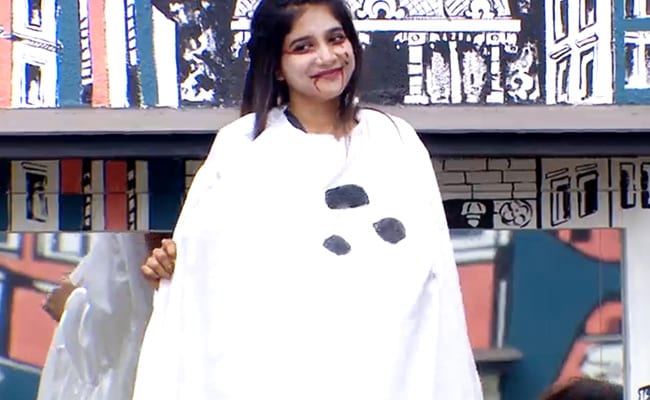 The second task for the "killer" was to make Mohan dance like Michael Jackson. Vanitha and Mugen succeeded in their second task too and eventually Mohan became the second "ghost" to enter the graveyard. The housemates remained unaware who the killers were. They guessed Abhirami, Losliya and Madhumitha to be the members of the killing team.

Day 17 in the Bigg Boss 3 Tmail house will eventually reveal whether the team of killers were successfull in their task or the public was able to identify Vanitha and Mugen as the killers.