The smoking room now features a board that read, "Hum bewakoof hain" 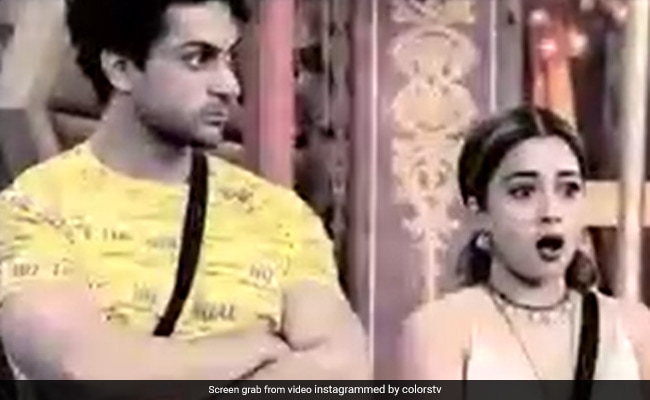 The latest episode ofBigg Boss 16 saw the housemates at the receiving end of Bigg Boss's wrath. The contestants were criticised for flouting rules with respect to smoking. As per the rules of the house, contestants are only allowed to smoke in a designated spot – the smoking room. However, several housemates chose to ignore this rule and smoke in different parts of the house such as the garden and common area. As a result, Bigg Boss punished the housemates by locking the smoking room and adding a sign that read, “Hum bewakoof hai (We are stupid).”

Addressing the contestants, Bigg Boss said, “Aap jaise heroes ho toh villains ki zaroorat hi kya hai… Aap sabko garv mehsoos ho raha hoga kyuki sharm toh aap mein se kisi ko bhi nahi aati hai ( Who needs villians when there are heroes like you. You must feel so proud because all of you are shameless).” Bigg Boss asked whether the housemates want to promote smoking among their young and impressionable audience. After locking the smoking room, Bigg Boss then asked them to continue smoking in public at the risk of flouting rules and upsetting fans.

In the video, contestants like Shalin Bhanot are seen apologising for their lapse of judgement. However, Sajid Khan argues that he will not apologise as he has not purposely smoked to show off on camera.

Soon after this, Tina Dutta is seen fighting with Shalin Bhanot about him breaking the rules despite knowing better. After the two have an exchange of harsh words, Tina is seen crying and vowing to stay away from Shalin. However, the two hug and make up towards the end of the episode.

You can watch Bigg Boss 16 on Colors TV from Monday to Friday at 10 PM and at 9.30 PM on weekends. The reality TV show streams 24*7 on Voot Select.