Bigg Boss 16: Love Is In The Air For Udaariyan Co-Stars Priyanka Chahar Choudhary And Ankit Gupta 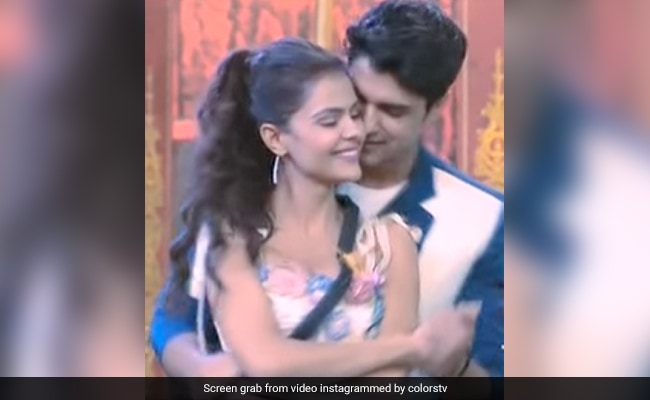 When Udaariyan co-stars Priyanka Chahar Choudhary and Ankit Gupta joined Bigg Boss 16, fans were rooting for them. They wanted the duo's equation to change from “best buddies” to being in love with each other. Now, it seems that fans will finally get to see what they have been awaiting - Priyanka and Ankit confessing their feelings for each other. In a promo clip of Bigg Boss, PriyAnkit (as they are fondly called by their fans) are seen expressing how they feel for each other. The video first shows the actress confessing to Ankit that she wants to stay with him forever. “Mai ladke tujhse pyaar karna chhod dungi? Main sochti hoon ki main humesha tere saath rahu (should I stop loving you if we ever get into a fight? I feel that I should stay with you forever),” she says.

To this, Ankit Gupta replies, “Tu yeh dikha rahi hai ki main galat hoon, tum attached ho to main bhi attached hoon (you are saying it as if I am wrong. If you are attached to me then even, I am attached to you).”

However, when Priyanka Chahar Choudhary tells Ankit Gupta that they have grown closer just because they are staying together in the Bigg Boss house, the actor denies it. He says, “Hona padta hoga, yeh sab is not a thing, it's my choice (it is not because we are together and we have to, it's my choice).”

In previous episodes, Ankit Gupta was hesitant in accepting how “attached” he is to Priyanka Chahar Choudhary.

Priyanka Chahar Choudhary and Ankit Gupta featured as onscreen husband and wife in Udaariyaan, which also aired on Colors TV. The show also featured Isha Malviya in the lead role.

Follow this space for more updates on Bigg Boss 16.