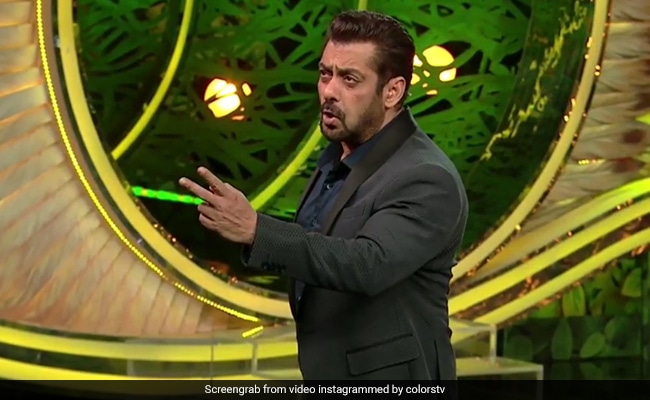 The weekend is here and so is the latest episode of Bigg Boss 15. The latest Weekend Ka Vaar episode is explosive, to say the least. From contestants pointing fingers at each other to special guests making an appearance, Saturday's episode was full of surprises. But it was Salman Khan schooling contestants for their unruly behaviour that caught the viewers' attention. Pratik Sehajpal, in particular, was at the receiving end of Salman Khan's wrath as the superstar called Pratik a “bully”. Salman Khan said this in connection to Pratik's habit of mocking and teasing fellow contestant Rajiv Adatia to an extent that it made Rajiv uncomfortable.

Pratik Sehajpal, however, says that he did not intend any malice and that he was just joking around with Rajiv Adatia. But, Salman Khan pointed out that Rajiv Adatia had spoken to fellow contestant Tejasswi Prakash about how Pratik's actions were making him uncomfortable.

Refusing to acknowledge Pratik Sehajpal's explanation, Salman Khan said, “You are a bully. You do not know the line. Kisne haq diya hai below the belt maarne ka? Main tumpe jokes banau toh? Do second ke andar ro doge. Shukar karo mai tumhare saath ghar mai nahi hu. Main tumhara haal kya karta tum soch lo, tum bheekh maangte ki mujhe iss ghar se nikaalo (Who gave you the right to hit below the belt? Should I start cracking jokes on you? You will start crying in two seconds. You should be glad I am not in the house with you. You would be begging to get out of the house),” he said.

Salman Khan also scolded all the other contestants for keeping mum when the said interaction was playing out in front of them.  Salman Khan further added that he was upset with Rajiv Adatia for not standing up for himself and said that it was high time the contestant let his displeasure and opinions known to the rest of the house.

Watch the glimpse of the interaction here:

While Pratik Sehajpal was seen apologizing to Rajiv Adatia after Salman Khan's outburst, Shamita Shetty was upset that she was not told about the issue by Rajiv, who is her Rakhi brother. This week, certain members of the house were upgraded to the VIP room and were declared safe from elimination. This includes Karan Kundrra, Tejasswi Prakash, Umar Riaz, Nishant Bhat and Vishal Kotian, while the rest are nominated.

Bigg Boss 15: Raqesh Bapat On His Exit From The Show