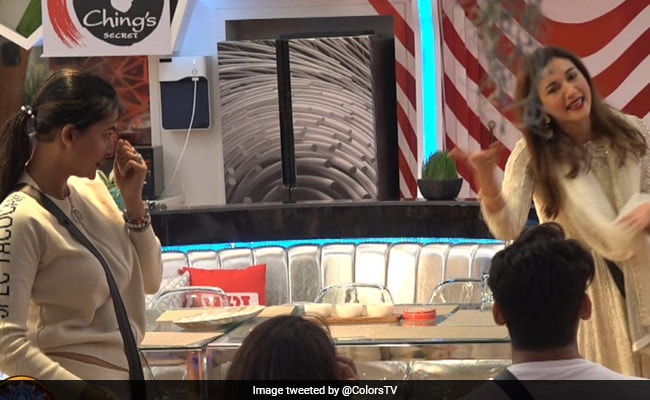 The 3rd day in the Bigg Boss house started with "toofani senior" Gauahar Khan and Eijaz Khan discussing the number of duties he has been doing in the house. For kitchen duties, everyone agreed that they will wash their own dishes after their meals to share the burden. Around mid-day, Siddharth Shukla and Gauahar Khan talked about their ways of carrying out tasks. The duo decided to coordinate with each other during tasks but their equation took a U-turn later. Bigg Boss announced the nomination round for the contestant with a surprise. They were told they are all nominated for this week and will get many chances through tasks to secure their place in the house.

Bartan ko leke ho raha hai gharwalon ke beech discussion. What do you think will be the conclusion? #BB14#BiggBoss2020#BiggBoss14@BeingSalmanKhanpic.twitter.com/2VdZa75Gkr

As the task started, Nikki tried to steal the jewel but Siddharth stopped her and told his teammates to start the game after the buzzer. Upset with the female contestants' behaviour during the task, Gauahar told Siddharth to play the game by following the rules. He argued with her that he is carrying out the task as it is supposed to be and she should change her way of handling the tasks. This led to a major fight between the duo.

When Gauahar then took a backseat from the task, Sidharth started mocking her and Jaan, who also spoke in favour of Gauahar. She said the purpose of the task was to impress the queens but the female contestants didn't let that happen. She added that Siddharth completed the task before everyone got a chance to play it. Their argument continued till night, which Eijaz Khan later joined and accused Siddharth of ruining the task.

After the task was over, Bigg Boss announced that Abhinav Shukla, who managed to collect the maximum numbers of jewels, is the winner and that he is not a part of the elimination anymore.

Later, while washing dishes, Eijaz hurt his finger because of a broken glass. Jasmin burst into tears over washing clothes.