Bigg Boss 14: Rubina Dilaik accused captain Kavita Kaushik of being biased when she awarded the kitchen and dining area to her opponent Jasmin 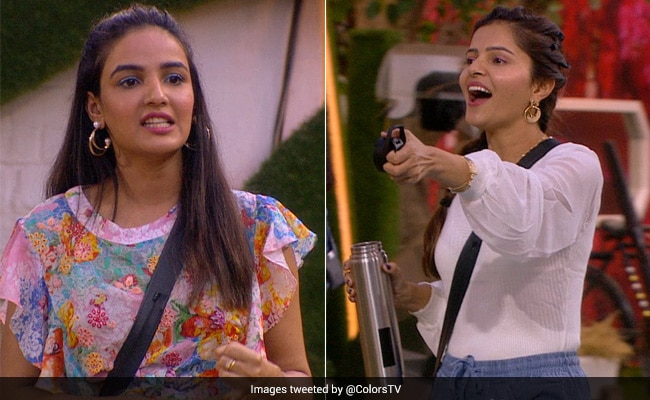 Tonight's episode of Bigg Boss 14 was full of drama. Bigg Boss announced a new captaincy task, where Rubina Dilaik and her close friend Jasmin Bhasin played against each other. Rubina's team comprised Eijaz Khan, Abhinav Shukla, and Pavitra Punia. Nikki Tamboli, Rahul Vaidya, Aly Goni were a part of Jasmin Bhasin's team. As a part of the task, both Jasmin and Rubina had to claim separate areas of the Bigg Boss house, while this week's captain Kavita Kaushik had to decide the winning team. The team members who would win the task, would be eligible for this week's captaincy task. Rubina accused captain Kavita Kaushik of being biased when she awarded the kitchen and dining area to her opponent Jasmin.

The captaincy task brought out the worst in Jasmin Bhasin, who while fighting for the kitchen area said, "Kitchen is the most important area of the house. There should be no tension there, people should be able to enjoy a peaceful meal. Rubina has always used the kitchen to create a sense of tension in the house." Meanwhile, Rubina, in order to claim the kitchen, reminded Kavita of her fight with Aly Goni (which took place on Tuesday), after which he said that he will make Kavita's life miserable. Rubina's decision of refusing to cook didn't go well with Kavita and she decided to give the kitchen and dining area to Jasmin and her family. In the second leg of the task, Kavita gave the bedroom to Rubina's team.

Earlier during the day, Rubina Dilaik and her husband Abhinav Shukla decided to boycott Kavita, who is this week's captain of the house, and refused to follow her orders. Rubina said that till the time Kavita is the captain, she won't do any of her assigned duties.