Bigg Boss 14: Vikas Gupta Ousted From The Show For Pushing Arshi Khan Into The Pool 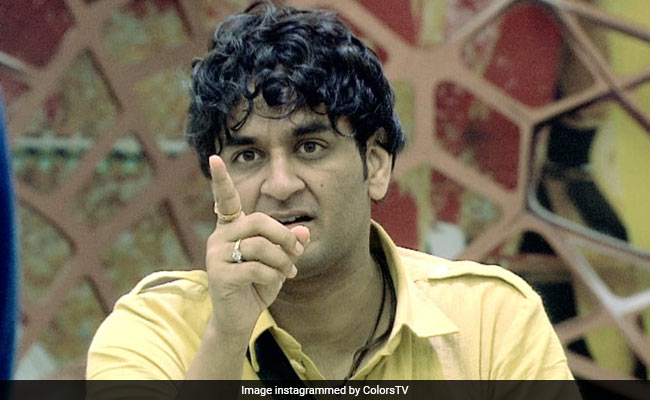 Bigg Boss 14: Vikas Gupta in a still from the show. (courtesy: ColorsTV)

Vikas Gupta became a top trend on Tuesday morning and not for the right reasons. On Monday's episode of the TV reality show Bigg Boss 14, Vikas Gupta was asked to leave the show after he pushed fellow contestant Arshi Khan into the swimming pool. Vikas Gupta and Arshi Khan are both wild card contestants, who have appeared on a previous season of the game show hosted by Salman Khan. When they entered the current season of Bigg Boss, Arshi Khan was frequently seen provoking Vikas Gupta, to which he never really reacted. Vikas, who chose to stay quiet to Arshi's provocation for the longest time, lost his temper on Monday's episode when she dragged his family and personal matters in the game. An angry Vikas pushed her into the swimming pool. He also apologised to her for pushing her into the pool.

On Monday's episode, Bigg Boss announced that Vikas Gupta will no longer be a part of the game, given the fact that the show's rules do not allow any housemate to use any form of physical force or indulge in any sort of violent behavior. Bigg Boss also called out Arshi Khan for her behavior. He stated that her apparent strategy to bully someone till they lose their patience is not worth praising.

During the course of the game, Arshi Khan and Vikas Gupta frequently trended for their equation and were often seen fighting in tasks as well as otherwise. They featured together in Bigg Boss 11, which was won by TV actress Shilpa Shinde. Meanwhile, singer Rahul Vaidya, who had quit the show midway, is all set to return on Tuesday's episode. After a grilling question and answer session with show's host Salman Khan and a unanimous decision by all the housemates, the singer will be back on the show.