Bigg Boss 14: Vikas Gupta and Arshi Khan got into a fight once again 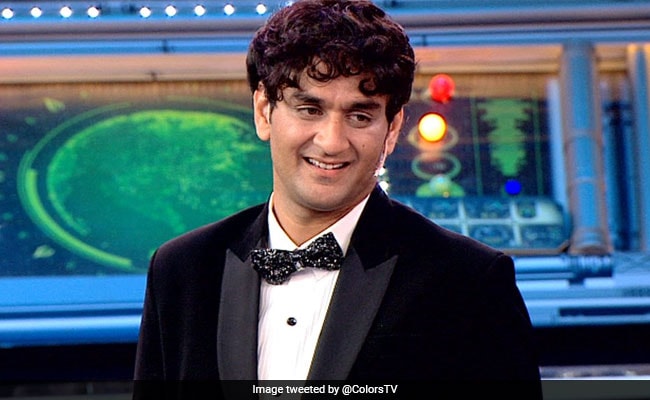 Bigg Boss 14: Vikas Gupta in a still from the show. (courtesy ColorsTV)

Tonight's episode of the TV reality show Bigg Boss 14 began with Bigg Boss' announcement, where he stated that Vikas Gupta will be given one of the two Joker cards. Before entering the house, Vikas Gupta was given a list of five tasks, which he had to accomplish during a given period of time. He managed to get the three tasks done, which is why he was given partial powers. Vikas Gupta and Arshi Khan got into a war of words once again. Arshi said that she will not play the game unless she is allowed to speak with Bigg Boss. She removed her mic after Vikas said that Arshi has high chances of being evicted from the house. She was furious and accused Vikas Gupta of halting people's work, after which he lost his cool and broke down.

In another segment of the show, Jasmin Bhasin was heard discussing about Aly Goni with Rahul Mahajan. Rahul suggested that Aly and Jasmin should get married. Jasmin opened up about meeting Aly three years ago on a TV show that aired on Colors TV. She even asked Bigg Boss to send Aly back to the house.

As far as the nominations task for the week 'Window Shopping' was concerned, Vikas Gupta and his teammates Rubina Dilaik, Jasmin Bhasin and Kashmera Shah were declared the winners by Manu Punjabi, who was the moderator for the task. The contestants who have been nominated for this week's eviction include Abhinav Shukla, Eijaz Khan, Arshi Khan and Rahul Mahajan. Manu Punjabi will remain safe for a week as he is the current captain of the house. Later, Bigg Boss announced a twist where he asked Vikas and his team to pick a player who they thought didn't perform well during the task. They voted for Kashmera Shah and she too was nominated for the week.