Bigg Boss 14 Written Update December 9, 2020: Nomination Task Brings Out The Worst In Eijaz Khan And Others 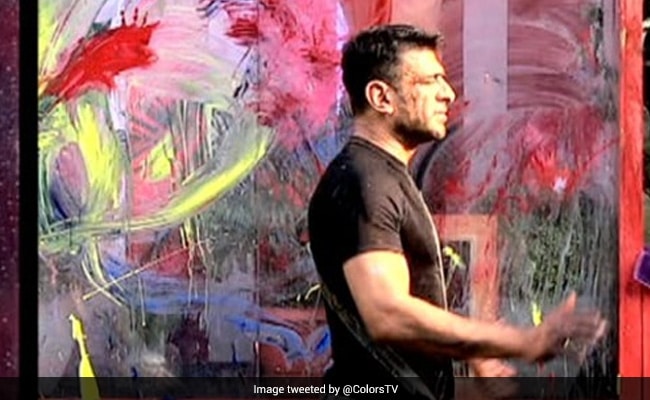 Bigg Boss 14: Eijaz Khan in a still from the show. (courtesy ColorsTV)

Tonight's episode of Bigg Boss 14 was intense in every sense. A new nomination task was announced by Bigg Boss and it was called "Window Shopping." As a part of the task, the housemates were divided into two teams and the winning team would be immune from this week's eviction and the other team would be directly nominated for eviction. Manu Punjabi, who is also this week's captain, was made the sanchalak (moderator) of the task. Vikas Gupta's team counted Rubina Dilaik, Jasmin Bhasin and Kashmera Shah among its members, while Arshi Khan's team comprised Abhinav Shukla, Eijaz Khan and Rahul Mahajan. As a part of the task, both the teams had to spoil the opponent's window and the team with the cleaner screen was to win the task.

Ahead of the task, Rubina Dilaik confronted Manu Punjabi if he was going to be biased or if he would play the game in a fair manner, to which he replied, that he already gave her a hint and that if she didn't know, they wouldn't be having this conversation. After the first round of the task, Rubina Dilaik accused Manu of being biased after he declared Arshi's team as the winner in the first round. Eijaz Khan, out of anger, called Jasmin Bhasin a "30-year-old kid." He even pushed Jasmin during the task. He also got into a war of words with Rubina Dilaik after she called him a "cry baby."

After the first leg of the task, Kashmera Shah approached Arshi's team and said that they should lose the task deliberately because she wishes to win the task and given Rubina, Vikas and Jasmin's popularity, she will be evicted. She also tried to convince them that if their team loses, they'll be safe and Abhinav is likely to be evicted. Vikas told her that Abhinav is quite popular and that Rubina's fans will also be voting for him. Bigg Boss called Arshi Khan and Vikas Gupta in the confession room and schooled them to abide by the rules of the game.