Bigg Boss 14: Rubina Dilaik Reveals She And Abhinav Shukla Were About To Get Divorced Before Entering The Show

"We had given each other time till November," Rubina Dilaik said 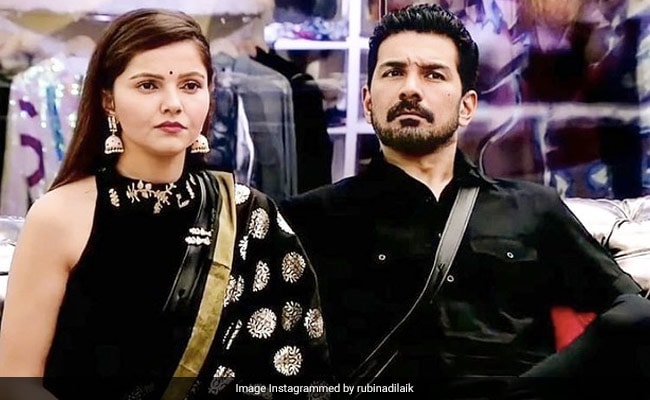 Meanwhile, the other contestants including Eijaz Khan, Nikki Tamboli were also seen getting emotional in the promo video shared by the channel. The contestants of the house will be given a chance to take away the "immunity stone" from Rubina Dilaik by revealing their most personal secrets. The stone was given to Rubina Dilaik by Ekta Kapoor last week. As a part of which, she had the chance to save herself from a week's nomination. Rubina refused to use the power and said that she would save it for later.

Rubina Dilaik and her husband Abhinav Shukla are often seen standing by each other during the course of the tasks and otherwise in the show. Abhinav Shukla has even schooled signer and fellow contestant Rahul Vaidya several times for "disrespecting" his wife.