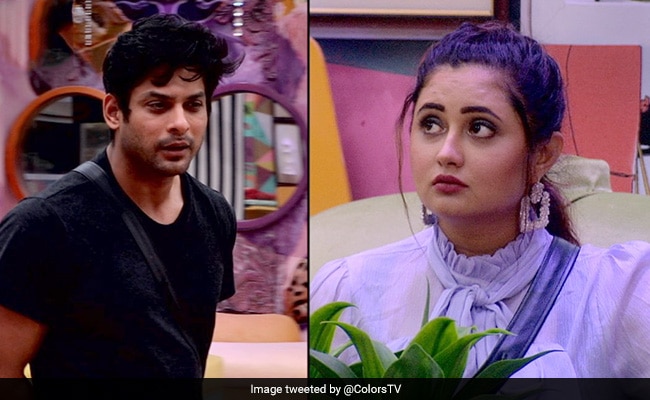 The contestants woke up to the song Ek Main Aur Ek Tu Hai on tonight's episode of Bigg Boss 13. The show started with Sidharth Shukla and Paras Chhabra teasing Shehnaaz Gill. When Shehnaaz called herself "characterless," the duo scolded her and told her to think twice before speaking such things about herself. Shehnaaz tried to calm down the situation by using her English as an excuse. She later got curious when she saw Sidharth talking politely to Rashami and asked everyone what is cooking between the two. The other housemates also noticed the new chemistry between Rashami and Sidharth as the duo were treating each other with love and respect.

When Rashami and Sidharth were talking, Shehnaaz and Hindustani Bhau teased them and started singing Aankhon Ki Gustakhiyan. To this, Sidharth and Rashami politely asked the duo to give them some personal space.

Later in the house, Bigg Boss announced the 'jail punishment' task and asked the contestants to name one housemate they think should spend time in the Bigg Boss jail. After a brief discussion and several heated arguments, the housemates chose Paras and Asim for jail punishment. But, but, but Bigg Boss introduced a twist this time. Paras and Asim were asked to do all the duties in the house on behalf of other contestants till the time their punishment ends.

Just after this, Asim got into a big fight with Sidharth and accused him of supporting Paras while monitoring their duties. Around evening, Aarti and Sidharth fought really badly when Sidharth furiously asked Hindustani Bhau to not his room without his permission and steal food he has got from the luxury task. Sidharth and Aarti raised question about each other's character, where the former accused Aarti of not revealing her real face in the house. Later, Bigg Boss briefed the housemates about 'The poker star game' task and its rules, which left them quite excited.