Bigg Boss 13 Written Update: Asim Riaz was on the receiving end of brutal criticism from Siddharth Shukla and Paras Chhabra 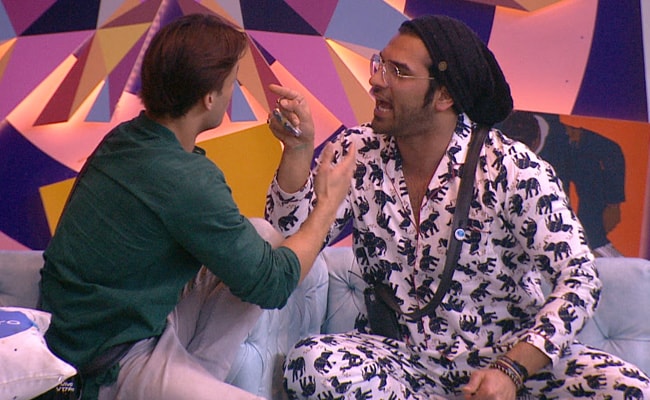 Bigg Boss 13: Asim Riaz and Paras Chhabra in a still from the show.

In tonight's episode of Bigg Boss 13, the weekly luxury budget task announced by Bigg Boss, brought out the worst in all the contestants, especially Asim Riaz and Paras Chhabra. The inmates were divided into two teams. Team A comprised Sidharth, Paras, Mahira, Shehnaaz, Aarti and Devoleena and Team B counted Asim, Vishal, Shefali, Vikas, Himanshi and Rashami among its members. As a part of the weekly budget task, both the teams had to fill and complete the word 'luxury budget' with the given alphabets. The twist in the task was that only two members from each team were allowed to collect the letters while the other two members had to stop their opponents.,/p>

During the task, Siddharth and Paras and Vishal and Asim clashed and pushed each other, after which Asim and Siddharth also got injured. Asim and Shefali swapped their places as she tried hard to get the alphabet cut-out from Paras' hand. Paras, who was agitated by Shefali's move, accused her of pinching him. Paras Chhabra's team won this week's luxury budget task, as a part of which the members of the team will be able to consume the luxury budget items. After the task, Asim and Rashami praised their teammates for their efforts.

On a lighter note, Asim and Rashami tried to make Himanshi Khurana's birthday special. Rashami prepared a special paratha for her and Asim carved it in the shape of a heart. Later, Bigg Boss sent a birthday cake for Himanshi. All the contestants got together and celebrated her birthday.