Bigg Boss 13: "The Colors channel lured him to stay on with added zeroes on his pay cheque," revealed the source 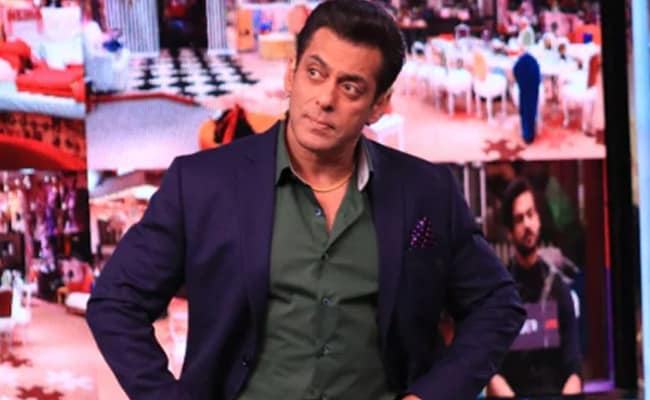 Bigg Boss 13: Salman Khan on the sets of the show.

Salman Khan will reportedly be paid Rs 2 crore extra for each episode of Bigg Boss 13, which has now been extended by five weeks, stated a report in Bollywood Hungama. A source close to the show's team told the publication that Salman Khan was reportedly not keen to "extend his stint" on the reality show but the Colors channel reportedly asked him to stay as the host with a pay hike. "Salman made it very clear that he didn't want to extend his stint on Bigg Boss due to his other film commitments (post-production of Dabangg 2 and shooting of Radhe). However, the Colors channel lured him to stay on with added zeroes on his pay cheque," the source told Bollywood Hungama.

Now, the Bollywood Hungama report also adds that Salman Khan's reported fee as the host is more than that of anchors who host the regional versions of the reality show, which also include Kamal Haasan (Bigg Boss Tamil host). "He (Salman Khan) gets paid more to anchor Bigg Boss per season than all the other anchors in regional languages put together get for all the seasons put together," the source told Bollywood Hungama.

Salman Khan has been primarily anchoring the reality show since 2006. Other stars who have hosted the show are Amitabh Bachchan, Shilpa Shetty, Sanjay Dutt, Farah Khan and Arshad Warsi.