Bigg Boss 13 Written Update: Siddharth Shukla and Shehnaaz Gill's bond became a topic of discussion for all the housemates 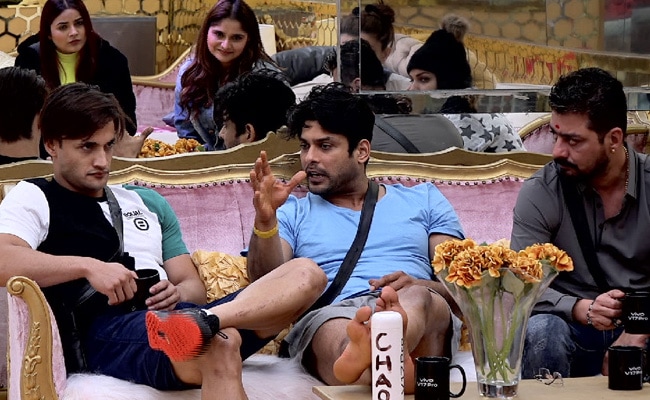 Bigg Boss 13: Asim Riaz and Siddharth Shukla in a still from the show.

In tonight's episode of Bigg Boss 13, friends turned into foes. We are talking about Siddharth Shukla and Asim Riaz, who shared cordial relations in the show earlier. However, their equation changed after tonight's episode. During a segment of the show, Asim said that Aarti has been constantly instigating Shefali to get him to clean the bedroom. He got furious and asked her not to interfere. In order to pacify the situation, Siddharth intervened. However, it backfired. Asim criticised Siddharth for reconciling with Shehnaaz despite all the harsh things she said to hurt him.

On a lighter note, Shehnaaz Gill made an announcement in the house. She said that Aarti Singh has a "secret wish" of pairing up with wild card contestant Vishal. All the housemates decided to play along with Shehnaaz and directed a romantic sequence wherein Vishal and Aarti pretended to be bride and groom.

House chores remained a major topic of discussion among the inmates. Shefali, who happens to be the captain of the house, was constantly accused of being "biased" while allotting the duties to the housemates. Shefali tries to defend herself and she distributed the duties once again. Siddharth and Asim were not very pleased with her decision.

Siddharth Shukla and Shehnaaz Gill's patch up was the talk of the town. Shefali Zariwala was supportive of their bond, while Devoleena, Rashami Desai and other contestants were skeptical about their so called reconciliation and thought that Shehnaaz surely had certain motive behind it.