Bigg Boss 13 Written Update: The contestants had to perform in front of live audience 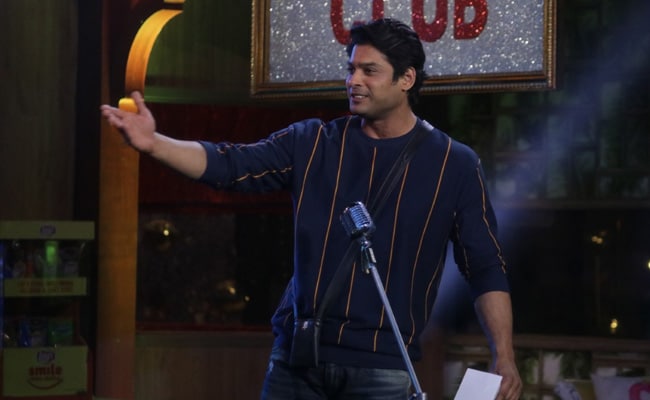 Siddharth Shukla in a still from Bigg Boss 13.

In tonight's episode of Bigg Boss 13, the contestants were seen showcasing their funny sides of their personality. As a part of the Comedy Club task, the contestants had to entertain their fellow contestants and the live audience. Rashami Desai's set was largely based on trolling Siddharth Shukla. As a part of her set, Rashami Desai called Siddharth a "nice guy" and said, "the joke's over." Later, Rashami gave a box to Shehnaaz and asked her to consume it, stating that it was a box sent by the scientists of NASA and it was'full of attention'. Aarti, who happens to be comedian Krushna Abhishek's sister, amused everyone with her amazing comic timing.

Harsh Limbachiyaa, who was mentoring the contestants, helped the remaining contestants with the task. He supported Asim's decision of doing a stand up through rap. As a part of the training session, Harsh asked Paras to highlight the incidents about the other housemates and his relationship with Mahira. Shefali added Bollywood flavor to her set, in which she compared the Bigg Boss housemates with the characters from the classic film Sholay.

Shehnaaz's set made Mahira extremely angry. Meanwhile, Paras and Mahira decided to joke about their equation in the game. It will be interesting to see who wins the Comedy Club task. In tomorrow's episode Deepika Padukone will take the contestants out with her for a fun ride outside the house.