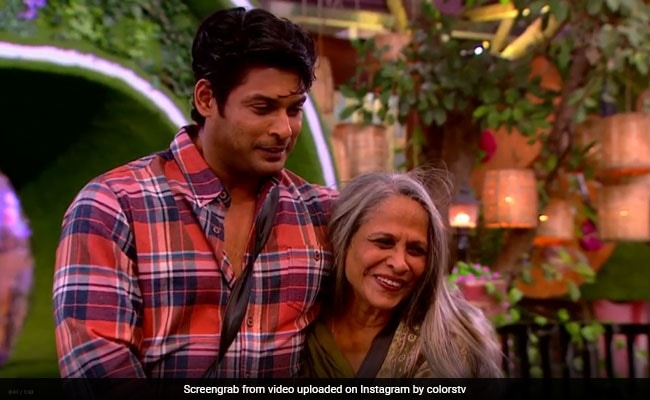 In her post, Sidharth's mother talked about how the Balika Vadhu actor has come a long way and has become adept at performing household chores and that he has also learnt to be patient during the process. "Chef Sid se milwane ke liye thanks... Gol rotiyan banana, chai-eggs banana, bartan dhona.... Kabhi kabhi yakeen nahi hota ki mera beta ye sab kar pa raha hai," read an excerpt from her post.

Rita Shukla also talked about how her son dealt with the "challenging environment" in the house, especially when his health condition deteriorated and he was hospitalised for a while. "Itne challenging environment me itna bimar hote hue bhi usne himmat nahi hari, ye apne mujhe uski inner strength ka ek naya pehlu dikhaya," she added.

Last month, Sidharth Shukla's mother visited the Bigg Boss house and she happily interacted with all the contestants. She later talked to Sidharth privately and suggested him not to take stress. She jokingly told him to get rid of the shorts and to start wearing full clothes.