Bigg Boss 13 Written Update: Paras Chhabra's mother told him that she is very unhappy with the way he is portraying himself 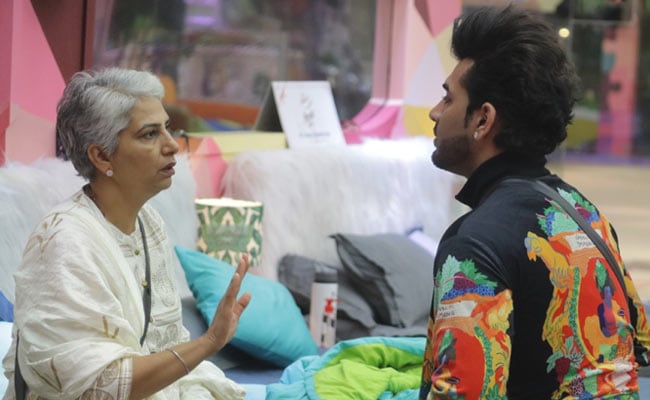 In tonight's episode of Bigg Boss 13, the family members of Paras Chhabra, Asim Riaz, Rashami Desai and Sidharth Shukla came to visit them. Paras Chhabra's mother warned him to stay away from Mahira Sharma. She suggested her son to stop being a godfather to the other contestants and that he must keep a track of his own game. She even warned him to maintain distance with Mahira and mentioned the fact that she is not comfortable with their closeness. She even told him that she is very unhappy with the way he is portraying himself on the show.

Sidharth Shukla's mother also visited the house and she happily interacted with all the contestants. She later talked to Sidharth privately and suggested him not to take stress. She jokingly told him to get rid of the shorts and to start wearing full clothes.

Rashami's family was represented by her niece Bhavya and nephew Swastik. An emotional Rashami broke down after meeting her relatives. Bhavya and Swastik asked Rashami to rekindle her friendship with Sidharth. The duo were obviously moved by the kids' gesture and did exactly what they were asked to do. None of the contestants were eligible for this week's captaincy as they moved away from their respective stations during the task.

In another segment of the show, a fight broke out between Vishal and Aarti. Aarti said that Vishal is not even ashamed of being punished. Vishal got angry and told her that she has a habit of getting into other people's fights. Aarti responded by saying that Vishal always talks about walking out of the show.