Bigg Boss 13: All the housemates got emotional after meeting their family members 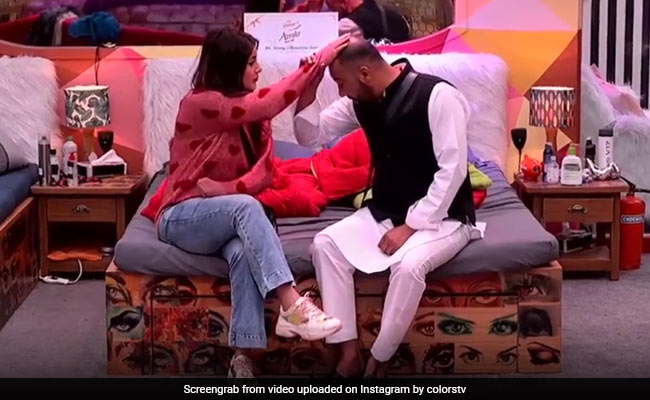 In tonight's episode of TV reality show Bigg Boss 13, the house transformed into a home with the housemates' family members paying them a visit as a part of this week's captaincy task called 'Jaadugarni Ki Pariksha.' As a part of the task, family members of the housemates visited them. All the contestants had to stand on their respective junctions and anyone who moved away from their stations would be disqualified from the captaincy task. Shehnaz Gill's father came to meet her and advised her to stay away from Paras Chhabra. He even made her promise that she will bring an end to her romance with Sidharth Shukla.

Paras Chhabra seemed to be on the hit list of all the housemates' parents. Other than Shehnaz's father, Mahira's mother also had a problem with Paras. Mahira's mother also asked her daughter to stay away from Paras and said that she should take a stand and not be dependent on Paras.

In another segment of the show, Shefali's husband Parag Tyagi came to meet her. Besides Shehfali, he had a special message for Asim. Parag warned Asim to maintain cordial relations with his friend-turned-foe Shefali. Parag also told Asim that former Bigg Boss 13 contestant Himanshi Khurana has sent a message for him. He tells him that she had parted ways with her boyfriend and is not getting married and that she is waiting for him outside the house.