Bigg Boss 13 Written Update: Krushna told Aarti that he is super proud of her 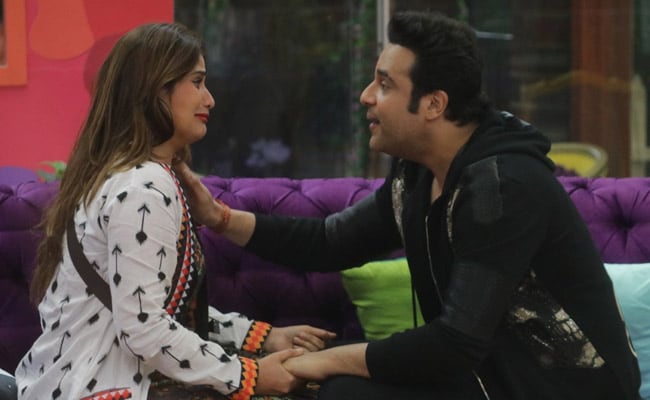 Bigg Boss 13: Aarti Singh and Krushna Abhishek in a still from the show.

Tonight's episode of Bigg Boss 13 was like a roller-coaster ride, replete with mixed emotions. On a lighter note, Bigg Boss announced the new captaincy task called Jaadugarni Ki Pariksha, as apart of which Shehnaz, Mahira, Shefali, and Aarti are locked in a setup that resembles a haunted forest. During the task, some members entered the house and if the contestants left their respective blocks, they had to give up the captaincy and the remaining housemates had to stay still in their positions. After the first doorbell, Aarti's brother and renowned comedian Krushna Abhishek entered the house. A teary-eyed Krushna, who was accompanied by his kids, told Aarti that he is extremely proud of her and that she is playing the game with utmost dignity.

Earlier in the day, a major fight broke out between Madhurima Tuli and Vishal Singh. The fight began when Rashami Deasai and Madhurima requested Vishal to make some tea for them. However, Vishal refused and said that he will make tea only for Rashami. Madhurima constantly started teasing Vishal by calling him 'Behenji'. Vishal asked Madhurima to stop teasing him but she did not listen. Vishal threw water on her and she did the same. Both the contestants were asked to stop by Bigg Boss. However they refused to obey the orders. An agitated Madhurima started hitting Vishal with a pan. Rashami and Aarti intervened and tried to stop the fight.

In another segment of the show, Bigg Boss said that both the contestants will be punished over the weekend. Till then, he instructed Madhurima and Vishal to be locked up in two separate lockers. Vishal said that he wishes to quit the show. However, Rashami and Asim tried to stop him but his decision was final. After being convinced by his friends, he decided to stay back in the game.