Bigg Boss 12: Salman Khan And All Highlights From The Grand Premiere

The wait for Salman Khan's Bigg Boss 12 is finally over. 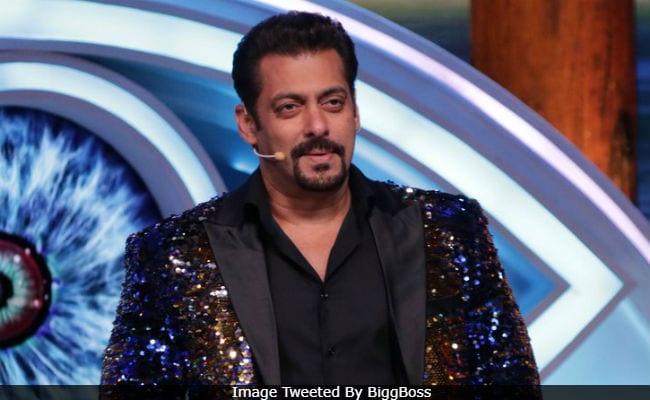 The wait for Salman Khan's Bigg Boss 12 is finally over. The grand premiere was hosted by Salman on Sunday evening with a blockbuster episode. As always, Salman made a full-on entertaining entry and said, "Bigg Boss 12 mein sab kuch naya hai." For the first time ever, a few contestants had already entered the house before the show began. The fight will be between Jodis vs singles. Mital Joshi and Roshmi Banik and ex-Roadies jodi Kriti Verma and Surbhi Rana had already entered the house. However, a jodi was eliminated in today's episode. Meanwhile, Salman Khan introduced the contestants of Bigg Boss 12.

TV actor Karanvir Bohra was the first contestant to enter the Bigg Boss 12 house and Dipika Kakar, Nehha Pendse were the other three celebrities to follow him. Shivashish Mishra and Sourabh Patel, Romil Choudhary and Nirmal Singh were also welcomed on the show as the two jodiss. Also, singer Anup Jalota entered the house with his partner Jasleen Matharu.

Srishty Rode was the next participant to be introduced by Salman Khan on Bigg Boss 12. She entered the house with two sisters from Japiur, who came as jodi - Somi Khan and Saba Khan. Another vichitra Jodi was singer Deepak Thakur and Urvashi Vani from Bihar.

.@RubiDilaik is here to encourage her best friend @SrSrishty. Do you think she will rock the show? #BB12#BiggBoss12@BeingSalmanKhanpic.twitter.com/ksolLo1yWm

#SomiKhan and #SabaKhan do a fun task on the #BB12 stage. Tune in now to catch it. #BiggBoss12@BeingSalmanKhan@iamappyfizzpic.twitter.com/9DXENiHuEn

Meanwhile, out of Surbhi Rana-Kriti Verma and Mital Joshi-Roshmi Banik, two were eliminated and surprisingly, one from both the pairs. Roshmi and Kriti entered the house as a new Jodi.

Former cricketer S Sreesanth was the last contestant to be introduced.

He's definitely got both the swag and style! Catch cricketer @sreesanth36's mind-blowing entry only #BB12.@BeingSalmanKhan#BiggBoss12pic.twitter.com/merMB57w4q

At the end, Bigg Boss introduced the vichitra Jodis to the other housemates. He said that each jodi will stay together during the nomination also and that their vote and decision will be considered as one.

That's all from the premiere episode of Bigg Boss 12. Stay tuned for more updates.