As this week of Bigg Boss 12 ended, it was time for the contestants to get kaalkothri punishment. 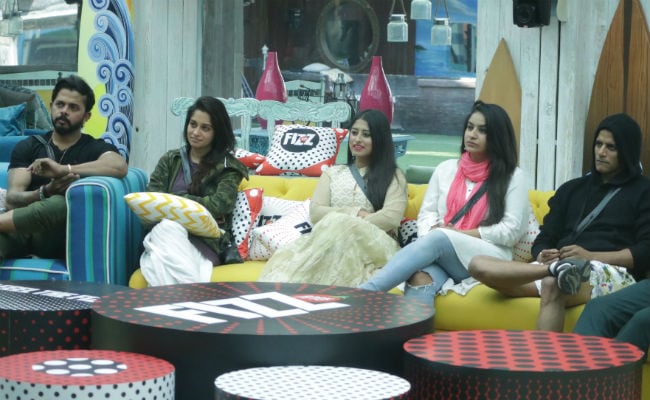 As this week of Bigg Boss 12 ended, it was time for the contestants to get kaalkothri punishment. This was the last kaalkothri of the season, as the finale airs next week. The contestants had to choose three of them, not only on the basis of their behaviour throughout the week, but the entire season. Former contestants Manu Punjabi (Bigg Boss 10 finalist) and Pritam Singh visited the house and conducted the task. Manu and Pritam gave the contestants three parameters and on that basis, they had to choose the contenders for punishment. Their first condition that put forth was - Who is the most doubled-faced contestant in the house? Karanvir Bohra and Romil Chaudhry's names came up. In the end, Surbhi Rana, the captain of the house, announced the final decision of sending Karanvir to the jail, which agitated him.

Manu and Pritam's second condition was - Who is the most annoying person in the house? The two names that were taken the most were of Romil and Deepak Thakur, who was later chosen for the punishment.

In the last one, they had to decide - Who is the most ill-mannered contestant of the house? Surbhi and Sreesanth's name came up, but her name was ultimately picked up.

Later, Manu and Pritam entered the house and were given a power to save one of them from the punishment. They chose to save Karanvir and hence, Deepak and Surbhi served the punishment.

As the day ended, an emotional Surbhi, depressed over the feedback she has received off late over her behaviour, spoke about the issues with Karanvir.

On Saturday, Simmba star Ranveer Singh, Sara Ali Khan and their film's director Rohit Shetty will come over for promotions.