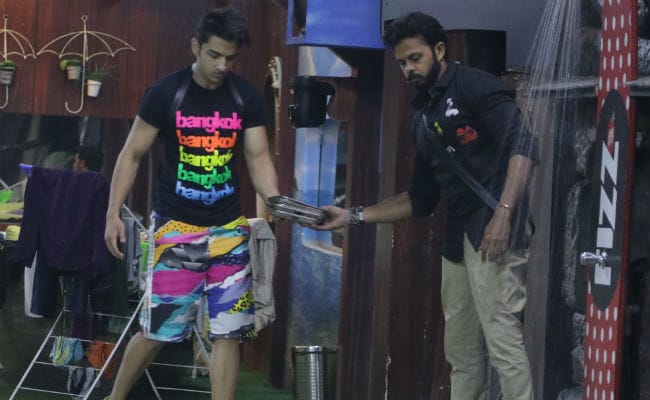 It's the beginning of a new week and right on the first day, Bigg Boss reprimanded the contestants for breaking the rules of the house. Rohit Suchanti tried to get out of the kaalkothri and as a result, Bigg Boss cancelled the luxury budget task for this week. Moreover, he ordered that Rohit will stay in the kaalkothri for an extra day. Later, Rohit and Srishty Rode have an argument over their friendship. Dipika Kakar, Srishty and Rohit get into a discussion due to his behaviour in the house. As the day changed, it was time for another round of nominations. This time, two friends were paired opposite each other and had to unanimously decide who they want to nominate amongst themselves.

The pairs chosen were - Deepak Thakur and Somi Khan, Surbhi Rana and Sreesanth, Deepika and Megha Dhade, Jasleen Matharu and Srishty, Shivasish and Rohit. Karanvir, who is the captain of the house, was safe and Romil bought the immunity ring that kept him away from nominations. Deepak, Sreesanth, Deepika, Jasleen, Srishty, Shivasish and Rohit were nominated for eviction.

After the nominations process, yet again, the contestants faced Bigg Boss' wrath for flouting a rule. Rohit was caught sleeping even after several warnings. Hence, Bigg Boss asked Karanvir to nominate two people who he thought broke the maximum rules. Karanvir named Sreesanth and Rohit.

As a punishment, Karanvir and Sreesanth had to wash used utensils and plates. Karanvir's decision created a rift between him and Sreesanth, who says he will not oblige to it.

However, later Sreesanth and Rohit performed the task. Megha, who believed Sreesanth was unnecessarily targeted, helped him. But Bigg Boss ordered her not to help them out as it was a punishment.

Megha and Deepak have an heated argument over the entire issue.