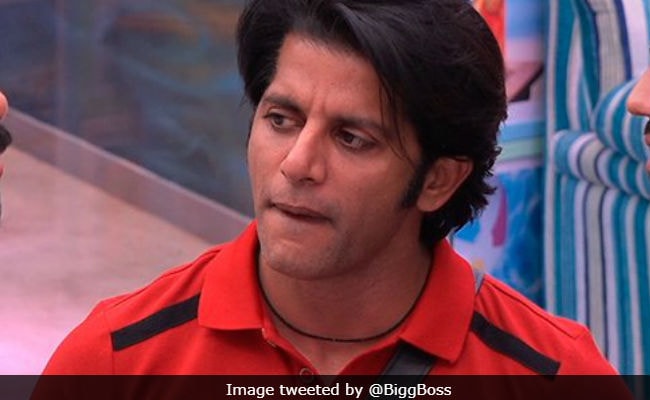 The fourth day in Bigg Boss 12 ended with the election of the upcoming week's captain - former Roadies Xtreme participant Kriti Verma and her partner Roshmi Banik. Several housemates are not happy about the final results as there was an ugly tussle (not surprising, because Bigg Boss). A new day will show a new side of Kriti Verma, who in a way starts abusing her position as a co-captain. She will be seen rudely dictating other housemates to get her a cup of tea, because of which Saba Khan and actress Shrishty Rode are hurt. Saba and her sister Somi Khan made a deal with Kriti and Romil because of which they became contenders for captaincy but Kriti's behaviour in tonight's episode will show that she has forgotten their gesture.

In tonight's episode Saba and Kriti will be seen gating into an ugly spat:

Saba and Somi will also been planning and strategising their next move while Gangs Of Wasseypur singer Deepak Thakur will cross all limits to complete a task at hand.

Here are glimpses from tonight's episode of Bigg Boss 12:

#SomiKhan and #SabaKhan are turning out to be master strategy planners! What will be their next explosive move? Don't forget to watch #BB12 tonight at 9 PM. #BiggBoss12pic.twitter.com/82WFEsGI6U

#DeepakThakur's determination to complete a task successfully knows no limit in the #BB12 house. #BiggBoss12pic.twitter.com/S86Wl7455y

In another segment of tonight's episode, Bigg boss will ask the housemates to unanimously decide on pair and one single contestant for the Kaalkothri punishment. Nobody wants to be named the weakest link, which will result in more drama. When finally, Karanvir Bohra and Romil Chaudhary and Nirmal Singh will volunteer to take up the punishment, Bigg Boss will drop a bomb and nominate the trio for this week's eviction.

Now apart from the trio, Shivashish Mishra and Sorabh Patel, Saba and Somi Khan, Shrishty Rode, Dipika Kakar and Kriti Verma and Roshmi Banik have been nominated for eviction.