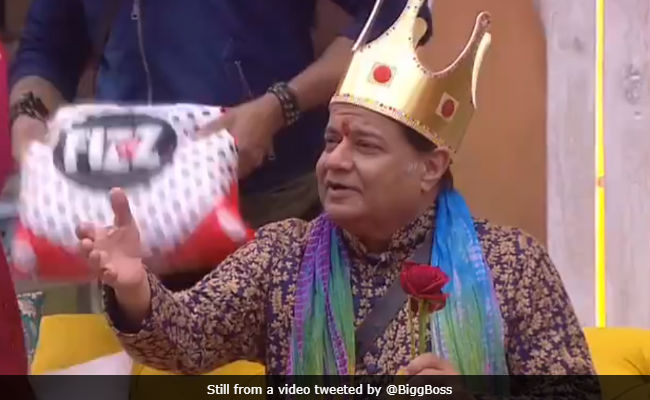 After an emotionally charged nomination for eviction episode on Wednesday, the housemates look forward to some light-hearted moments in tonight's episode of controversial reality show Bigg Boss 12. Thanks to Bigg Boss' latest task, bhajan singer Anup Jalota will find himself as the centre of attention. Anup Jalota will be named a prince of a fictional land while actress Dipika Kakar, former Roadies Xtreme participant Kriti Verma and Roshmi Banik (all three have been nominated for eviction this week) will be named princess of other fictional countries. Anup Jalota will hand out red roses to princesses who impress him the most and the one with maximum roses at the end of the task will be named winner.

As a part of the task, Dipika Kakar will dance to Rekha's song Dil Cheez Kya Hai for Anup Jalota while Kriti and Roshmi will dance to Sunny Leone's Baby Doll, which will be sung by Mr Jalota himself.

.@anupjalota gets to be the 'Raj Kumar' of the house in the next task of #BB12! Tune in tonight at 9 PM for all the entertainment. #BiggBoss12pic.twitter.com/0QL5SpDX5O

In another segment of the show, Shrishty Rode, Dipika Kakar, Urvashi Vani (who is participating in jodi with Gangs Of Wasseypur singer Deepak Thakur) discuss kitchen politics. In a preview shared on the verified Twitter handle of Bigg Boss, Dipika and Shrishty can be heard saying that everyone want to cook but nobody wants to do the cleanup work afterwards. Urvashi adds that the kitchen team is working peacefully because there are few of them. Actress Nehha Pendse can be seen listening to the conversation but she doesn't add anything to their statements.